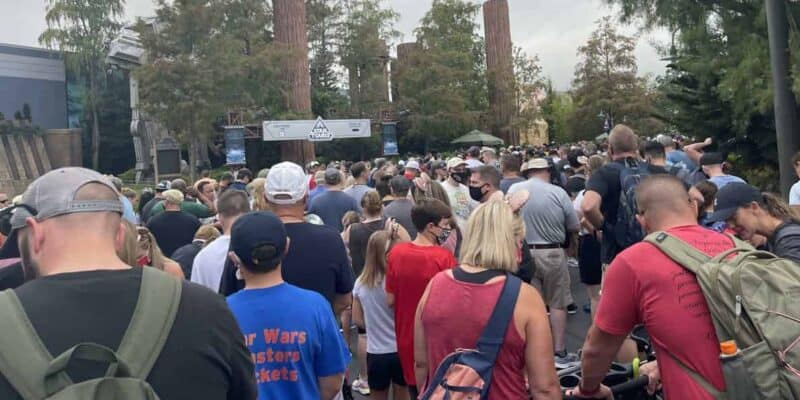 The Disney Genie system is one that many Disney fans have been waiting for for years, and now that it has rolled out at both Disney World Resort and Disneyland Resort, some Guests are loving the system, while others do not.

Disney Genie also has Disney Genie+! For $15.00 per day person at Disney World or #20.00 per person per day at Disneyland, you can skip one standby queue at a time by booking your reservation for the Lightning Lane line, which is the new FastPass queue. You can only book one reservation at a time or one every hour, but remember to start this early in the morning as we have seen attractions sell out of Lightning Lane spots by mid-afternoon!

There are also multiple attractions that have their own standalone cost to ride. For example, if you want to utilize the Lightning Lane queue for Rise of the Resistance, you will need to pay a separate price per person to skip the line.

Now, it is seeming that there are a ton of Guests who are looking for ways to ride the Genie from their My Disney Experience app. Reddit user TeenyTerrier asked this morning how to turn off suggestions.

How do I turn off Genie suggestions on my app?

Not a fan, and it’s clogging up my actual plans.

Although the thread has been up for a very short amount of time, it is already gaining traction and sparking conversation among fans.

Just spent three days at WDW. Still love the place but the forced Genie completely ruins how I like to enjoy the parks. I tried, really, but find it very very offputting. For the first time in ten years I’ll be letting my annual pass expire without renewal.

Posting wait times and letting me make my own decisions is awesome. Trying to turn my day into a tight schedule of rides and food planned hours in advance. No thank you.

Serendipity was part of the Magic for me.

RominaGoldie recommends noting the frustrations on the App Store.

If enough users give them a poor rating with a negative review on the App Store they will most likely implement this change with a future update.

mnbvcxzlady stated the answer to the question of can you turn of Disney Genie on your My Disney Experience app:

Pretty sure you can’t.

When looking on the My Disney Experience app, there is not a section that notes you can turn the system on or off, but if you do not want to use it on your next visit, I would suggest not tapping the Disney Genie button and if you do, do not hit “Get Started.” As a local, I rarely need to use Disney Genie, and since I do not hit the button, I rarely am notified on what I should do next. You can also turn off My Disney Experience notifications; however, that will, of course, mute the entire app as a whole.

Below is a full list of the attractions included on Disney Genie+ at Disney World and Disneyland:

Disneyland has 19 rides available with Genie+.

Are you a fan of Disney Genie? Let us know in the comments below!