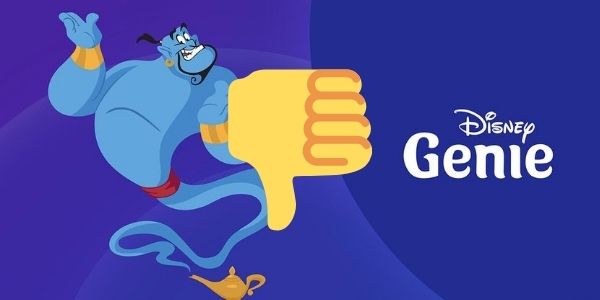 Over the last few decades, Walt Disney World Resort and Disneyland Resort have both developed and experimented with ways to ensure Guests won’t be waiting in line all day while visiting the Parks.

From the original FastPass to FastPass+, Disney has reinvented this system multiple times. The most recent iteration has definitely garnered quite a reputation with some enjoying it, and some despising it. Disney’s Genie and Genie+, as well as the new Lightning Lane, have all been implemented in the Parks and Guests’ reactions have been split. A recent poll on this issue might help see what exactly Guests want to use while in the Disney Park.

A recent poll on Reddit was conducted where nearly 1,000 people voted on which system of Disney’s FastPass they would like to see used in Disneyland. The five different choices to vote on include the paper FastPass, FastPass+, Free paper FastPass with an optional upgrade, Genie+ with Lightning Lane, or a Universal Studios-style express pass. See the full thread below:

What skip-the-line system would you prefer at Disneyland? from Disneyland

The overwhelming majority of Disneyland Guests voted for the free paper FastPass system with an optional upgrade. This option got over 500 hundred individual votes, being followed by the original paper FastPass system coming in at 204 votes. The least popular choice was the Genie and Genie+ Lightning Lane system, which only got 34 votes. While this is just a simple thread on Reddit, it is important to remember this was posted on the official Disneyland subreddit which has over 350,000 members, so there is some validity to this poll in terms of Disney’s target audience giving their input.

As we saw earlier, the release of Disney Genie at Disneyland was rocky the overall reception of the Genie, as well as the individual Lightning Lanes, has been subpar, to say the least. With Lightning lane prices reaching up to $20.00, many Guests think this system is overpriced and not worth the money for a single ride. That being said, it can also help ensure that you are not waiting in line all day, which for many, is worth the price.

What version of Disney’s FastPass system do you prefer? Have you used Genie+? Let us know!