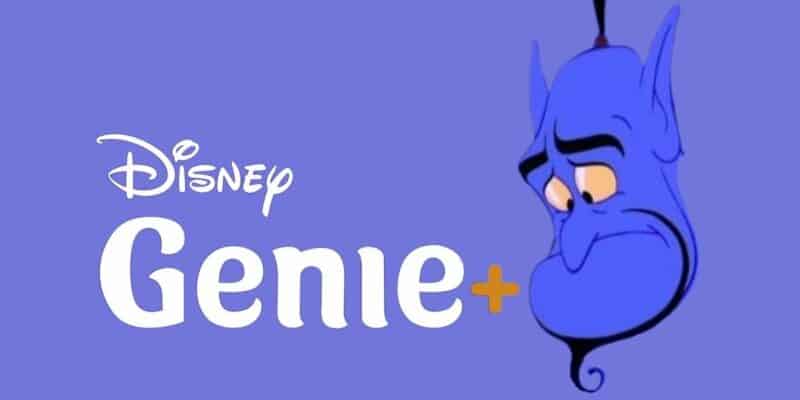 Just as the launch of the new Genie & Genie+ systems at Walt Disney World earlier this year caused some trouble, Disneyland Resort is experiencing much of the same.

Disneyland Resort announced that today, December 8, would be the first day that Guests inside the Park could access the new Genie systems on the Disneyland app, which includes Genie+ and the Lightning App.

While Guests have to pay more to ride some attractions at Disneyland than Disney World, it was clear that many were still interested in trying the new service out.

Unfortunately, the app has experienced technical difficulties throughout the day, and Guests have been reporting as much.

As soon as the app is launched, a message comes up saying that “At this time, new selections, purchases, or modifications to Disney Genie+ service or some individual Lightning Lane features are unavailable.”

LA Times’ Hugo Martin, who covers travel, tourism, and theme parks, also reported that it might take some time for the problems to be fixed.

UPDATE: The Genie+ feature launched today with reports of glitches and crashes. It might take time for Disney to iron out the problems. Visiting Disneyland over the holidays? Use the new Genie app (and follow these tips)

UPDATE: The Genie+ feature launched today with reports of glitches and crashes. It might take time for Disney to iron out the problems.

Visiting Disneyland over the holidays? Use the new Genie app (and follow these tips) https://t.co/akzgJ4trps

The Disney Parks Blog describes Genie+ services like this:

Disney Genie+ will be available for $20 per ticket per day, and allows you to select the next available arrival window for Disney Genie+ Lightning Lane entrances at a variety of attractions, one at a time (subject to limited availability; limit one Lightning Lane selection per experience each day). Disney Genie+ Lightning Lane entrances are available at select attractions at both Disneyland park and Disney California Adventure park – great for those who have Park Hopper tickets. Disney Genie+ also includes unlimited Disney PhotoPass digital photo downloads from your day, as well as fun new audio experiences that let you discover the parks in cool new ways—through fascinating fun facts and behind-the-scenes insights.

Disney Genie+ service may be purchased in the Disneyland app after you’ve entered the park and have linked your park ticket. After Dec. 8, you may also choose to purchase Disney Genie+ prior to your visit when you purchase a park ticket. You can begin making your Lightning Lane arrival window selections as soon as you enter a theme park!

This new “a la carte” option allows the individual purchase of Lightning Lane entrance arrival windows for some of our most popular attractions: Radiator Springs Racers and WEB SLINGERS: A Spider-Man Adventure at Disney California Adventure park, and Star Wars: Rise of the Resistance at Disneyland park (subject to limited availability; attractions not included with Disney Genie+). Pricing for the “a la carte” option will vary by date and attraction. Be sure to check the Disneyland app on the day of your visit for the latest pricing for each available Lightning Lane attraction entrance arrival window. If you choose this option, you may purchase the next available arrival window, one at a time, for up to two (2) attractions per day upon entering a theme park.

As a reminder, you can select one, both or none of these options. It’s all up to you and what works best for your ideal Disney day! Attractions will continue to offer a traditional standby queue, or a virtual queue may be used at select attractions. Check the Disneyland app for attraction queue status.

There is no timetable currently for when the services on the app will be available again or how long it will take to make the necessary changes.

Do you like the Genie+ and Lightning Lane feature at Walt Disney World and Disneyland Resort?

Comments Off on Disneyland Genie Services DOWN on Opening Day