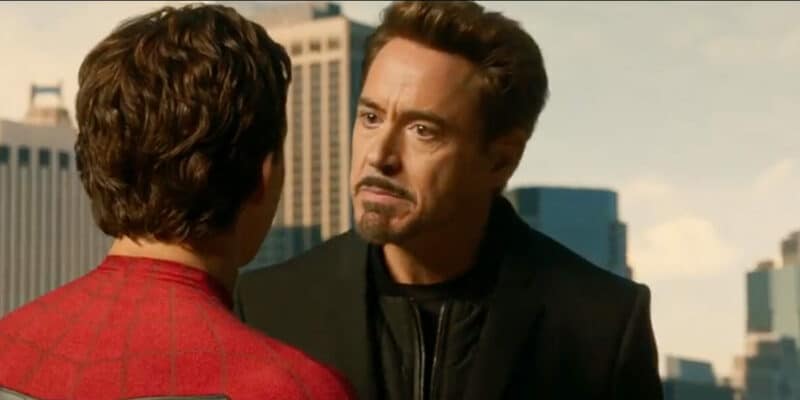 Of all of the movies — standalone and ensemble alike — in the Marvel Cinematic Universe’s Avengers franchise, Captain America: Civil War (2016) is a fan favorite, despite some criticism that it is not really a Captain America film.

The film saw appearances by a number of popular MCU characters, including Sam Wilson/Falcon (Anthony Mackie), Wanda Maximoff,/Scarlet Witch (Elizabeth Olsen), Clint Barton/Hawkeye (Jeremy Renner), and Scott Lang/Ant-Man (Paul Rudd), who were all captured and imprisoned on the Raft.

Amid all of this drama, Natasha Romanoff/Black Widow (Scarlett Johansson) goes into hiding to avoid being arrested, a storyline that was further explored in her solo origin story movie, Black Widow (2021).

Now, Marvel President Kevin Feige has spoken out about how having all of these characters at his disposal while creating Civil War paved the way for the highly anticipated upcoming film, Spider-Man: No Way Home (2021), which will round out the MCU’s Spider-Man trilogy.

In a video interview [below], Feige shared:

“I think that going back to [Captain America] Civil War, sort of having an idea for a movie that is based entirely on what actors and what characters that we can get to work together and shoot on a single day. When that worked, it gave us the ambition for movies like Avengers: Infinity War and Endgame. I would include No Way Home into that level of ambition for sure.”

The Marvel boss also indicated that the success of these ensemble films gave his studio the confidence to move forward with something as ambitious as the “Spider-verse”, which will see Sony Pictures characters like Willem Dafoe’s Green Goblin and Jamie Foxx’s Electro make their MCU debuts.

Having so many different characters available and the crowd reaction to it all really captured the public’s attention. From there, Feige and other decision-makers at Marvel realized that they could really get wild with the team dynamics. Both Avengers: Infinity War and Endgame cranked the dial up to 11. But, No Way Home presents an even wilder prospect, bringing in characters that audiences love from that Sony Spider-Man universe. It makes you wonder what other massive plans are in store.

Are you excited to see No Way Home?

Comments Off on Marvel Pres. Confirms Unexpected MCU Movie Paved the Way For ‘No Way Home’