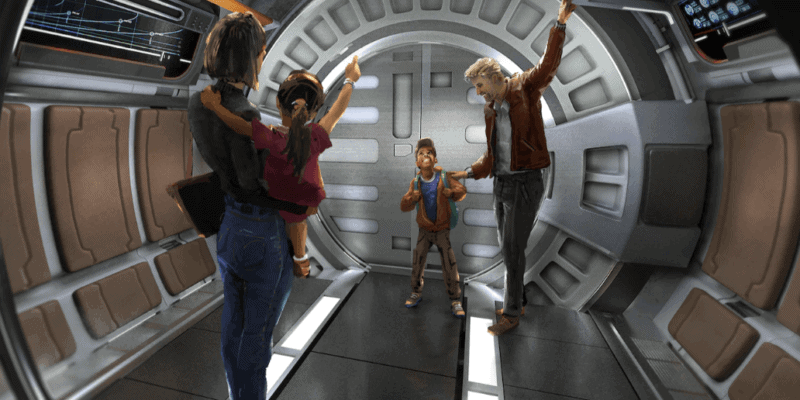 So, when Disney announced that they were building a first of its kind Star Wars hotel experience that would blast Guests into their own Star Wars film with a two-night immersive story-telling stay, many were stunned at the possibility of the experience. The Star Wars: Galactic Starcruiser has been described as a unique, immersive experience that Walt Disney Company CEO Bob Chapek has promised will leave Guests “blown away.” The Halcyon is set to make her first trip to a galaxy far, far away in March 2022, and when bookings opened, the $6,000.00 experience (prices may vary) began to sell out! Everyone wanted to secure their spot on the ship, but then, things took a turn.

Since then, we have reported on more bookings being canceled, and as time moves forward, it seems that that trend is only continuing. Brayden (@SirBrayden), creator of Mickey Views, Tweeted the availability calendar for the Starcruiser, which seems to be opening up to more dates.

Meanwhile, at the Starcruiser…

Meanwhile, at the Starcruiser… pic.twitter.com/JZHkdkmwx9

Frank (@FrankMakesStuff) responded, noting that availability has more than doubled since the video footage was released.

The open availability is definitely increasing, they’re up to 16 “2-day experiences” open as of right now. When this whole kerfuffle began when the video released, it was only like 6 or 7.

The open availability is definitely increasing, they're up to 16 "2-day experiences" open as of right now. When this whole kerfuffle began when the video released, it was only like 6 or 7.

Plus, when looking at July, we can see that availability is very open, even though this is peak season at Walt Disney World Resort.

It seems that Disney is, however, aware at the disappointment, which you can read more about here.

What do you think of the Star Wars: Galactic Starcruiser? Is it worth the price tag?