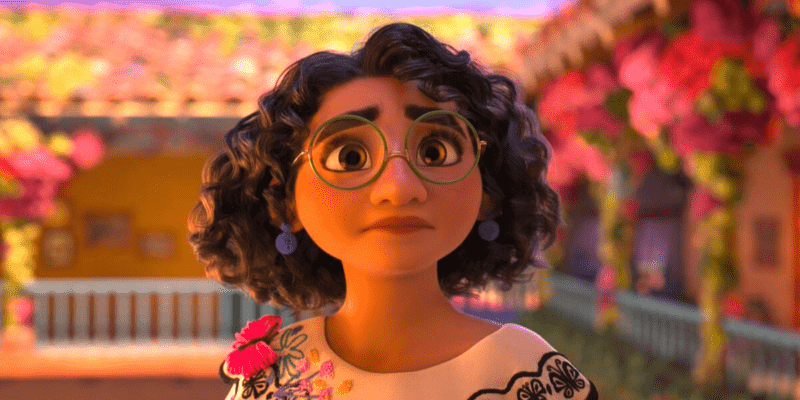 If you’re waiting on a Disney Park miracle, you don’t have to wait for long!

Mirabel from Disney’s Encanto (2021) is coming to the Walt Disney World Resort. From the Disney Parks Blog:

We may not talk about Bruno, but we can definitely talk about Mirabel making her debut in the “Disney Adventure Friends Cavalcade” on June 26! The young hero from Walt Disney Animation Studios’ hit film “Encanto” will join Miguel from “Coco,” Nick and Judy from “Zootopia,” Max, Goof, Moana and more as this super-sized cavalcade winds through the park several times each day.

While Mirabel will join her friends in the Disney Adventure Friends Cavalcade, it’s unknown whether she will have a meet-and-greet location in Magic Kingdom, EPCOT, Disney’s Animal Kingdom, or Disney’s Hollywood Studios.

Encanto’s “We Don’t Talk About Bruno” quickly soared to the top of the charts and became the highest-charting Disney single since 1995! From Disney:

Are you excited to see Mirabel from Encanto at Walt Disney World? Have you met her at Disneyland Resort?