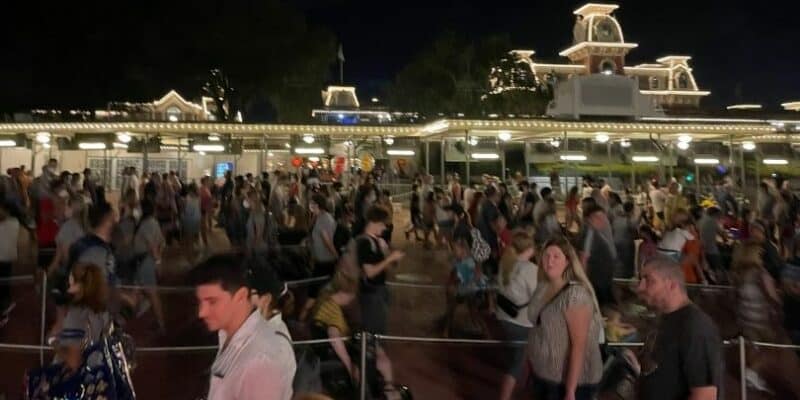 Now, just about a week and a half ahead of The Most Magical Celebration on Earth’s official kickoff on October 1, 2021, crowd levels at Magic Kingdom Park have significantly increased.

As you can see in the photos below, crowds throughout the Park were quite heavy throughout the day, including in the area near the popular Haunted Mansion ride and the Memento Mori gift shop.

Slightly further down from Haunted Mansion, across from Tom Sawyer Island, crowds were also notably heavier than they have been in recent weeks. It is worth noting that these crowd levels were seen throughout the theme park on September 22, 2021.

Related: VP Has “No Doubt” Disney Enchantment Will Top Happily Ever After

Happily Ever After will be permanently closing on September 29, 2021, so it is unsurprising that the fan-favorite nighttime spectacular is drawing huge crowds at this time.

The show’s replacement, Disney Enchantment is officially described as:

What do you think about crowds ramping up at Disney World ahead of the 50th anniversary?