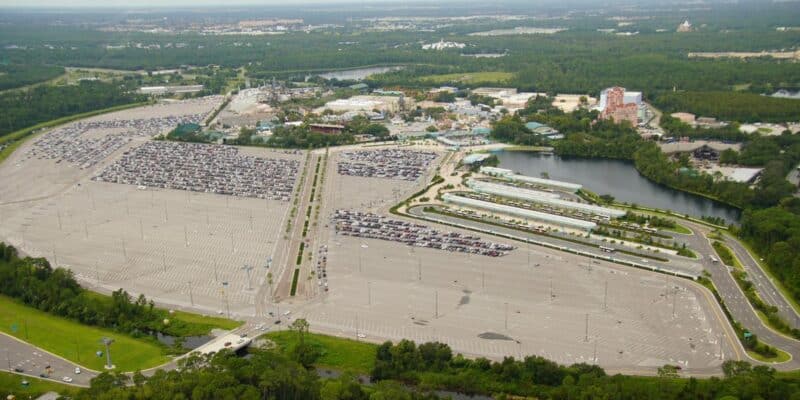 The Walt Disney World Resort has slowly been returning to a normal state of operations, but one thing we are still unsure of is its capacity limits.

The last known capacity limit for Magic Kingdom, EPCOT, Disney’s Hollywood Studios, and Disney’s Animal Kingdom was 35%. That being said, that was months ago, and Disney has admitted to raising their capacity since then, but no number has been revealed. This summer, we saw much larger crowds at Disney World than in the spring, so it seems that capacity did increase by a larger chunk.

Now, with peak season coming to a close as kids are back in school, we have seen many days where the wait times have dropped much lower, and attractions that typically boast multiple hours wait, like Flight of Passage, only held a 15-minute wait. Bioreconstruct has been posting photos of the Disney Park parking lots over the past few months to show how full they are. If we take a look at the most recent lot photo of Disney’s Hollywood Studios, we can see that the Park is definitely not hitting anywhere near capacity.

Of course, this does not include Guests staying at Disney Resorts using Disney transportations, but the lots are less than 50% full. We can see that there is a slight increase from April with three added rows of cars, but the lot is definitely able to hold a lot more Guests.

It will be interesting to see if crowds begin to increase once again once the 50th anniversary begins on October 1.

Disney Park Passes were also much more difficult to obtain a few months ago, as the theme park availability was scarce, and with the increase in Guests, demand was high. Now, I am typically able to score a pass to the Park of my choice on the morning of. Overall, it seems that the bump in crowds that we have seen is not currently visible or being experienced the way it was this summer.

Do you think that crowds have dwindled at Disney World now that summer has come to an end?