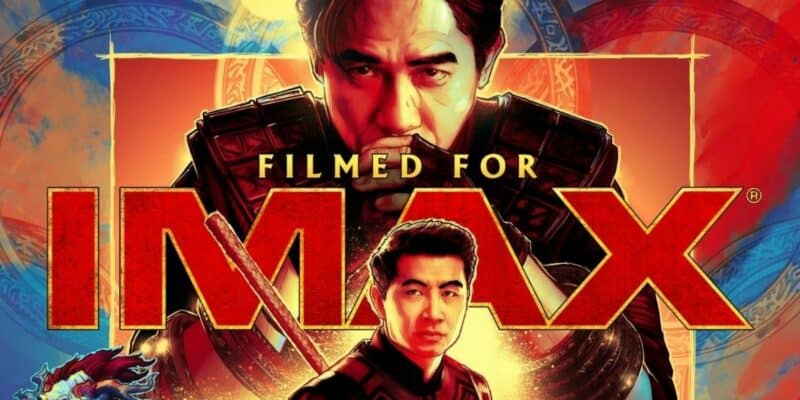 Seeking to capitalize on the film’s early positive buzz following the red carpet premiere of Marvel’s Shang-Chi and the Legend of the Ten Rings, Marvel Studios announced an exclusive sneak peek almost a month ahead of the Shang-Chi‘s scheduled release date. Tickets for this “special fan screening” of the hotly anticipated Marvel movie are available now!

According to an announcement released by Marvel Studios Tuesday morning, Marvel’s Shang-Chi and the Legend of the Ten Rings will debut in IMAX theaters in 25 markets across the U.S. and Canada for an advanced sneak preview. Shang-Chi is the first Marvel Cinematic Universe film to get an exclusive theatrical release since the onset of the global pandemic. Black Widow (2021), the first MCU feature film released since 2019’s Spider-Man: Far From Home, premiered simultaneously in theaters and on Disney+ with the added $29.99 fee for Premier Access.

Related: Who Is Shang-Chi in the Marvel Cinematic Universe?

Shang-Chi and the Legend of the Ten Rings will get a wide release on September 3, 2021. Marvel fans lucky enough to live near one of the 25 IMAX theaters screening locations can score a ticket to watch the full movie on August 18. You can get your tickets here. Marvel’s press release promised so special added features for the fan screening, including an exclusive greeting from actors Simu Liu and Awkwafina. Marvel’s press release states,

“Tomorrow, at 7:00 p.m. local time, IMAX will host special fan screenings for Marvel Studios’ “Shang-Chi and The Legend of The Ten Rings” with support from Twitter. The screenings will take place in IMAX theaters in 25 markets across the U.S. and Canada, and will feature a special welcome from Simu Liu and Awkwafina, which will play onscreen in each IMAX theater before the movie starts.

Find out how to get tickets  here:https://gofobo.com/shangchi“

Early reviews of Marvel’s Shang-Chi have been positive, with many critics describing the film as having the best action sequences of any MCU movie so far. Although, not everything about the film’s debut has gone so smoothly. Disney CEO Bob Chapek caused a stir when he seemingly referred to the Marvel Cinematic Universe’s first Asian-led film as “an interesting experiment” on a Disney investor call. Actor Simu Liu took Chapek’s comment to be a decisive assessment of the film’s predominantly Asian cast and took to Twitter to vent about the Disney boss.

Kevin Feige responded to the dispute at the Shang-Chi premiere, explaining that the “misunderstanding.” Chapek’s “experiment” comment was apparently intended to describe the exclusive 45-day theatrical release window that the film will pilot. Disney and Marvel Studios are banking on Marvel fans looking past the controversy to get ready for an amazing IMAX theater experience, over three weeks in advance of the Shang-Chi premiere date!

The 25 fan screening locations are listed as follows:

Marvel’s Shang-Chi and the Legend of the Ten Rings is set to make its wide premiere in theaters on September 3, 2021. Simu Liu will take on the lead role of Shang-Chi and is joined by castmates Awkwafina, Michelle Yeoh, Fala Chen, Meng’er Zhang, Florian Munteanu, and Ronny Chieng, Benedict Wong, Ben Kingsley, and Tony Leung as the main villain, the Mandarin. Based on the original kung fu master of Marvel Comics, the film reveals the story of Shang-Chi (Simu Liu) as he confronts the Ten Rings organization, led by his father, the Mandarin (Tony Leung).

Fan excitement has building ever since the Shang-Chi teaser trailer revealed the appearance of a throwback villain — The Abomination (Tim Roth) from MCU Phase One’s The Incredible Hulk (2008). The trailer revealed a martial arts tournament that’s likely to feature Easter egg appearances from across the Marvel Cinematic Universe, including Wong (Benedict Wong) from Doctor Strange (2016) and Avengers: Infinity War (2018). Recent Shang-Chi trailers have teased the appearance of Marvel Comic villain Razorfist, and solidified the narrative importance of the Mandarin.

Marvel Studios has been enjoying critical success and fan acclaim with their Phase 4 offerings. You can catch up with Phase 4 Disney+ series with all episodes of WandaVision starring Elizabeth Olsen and Paul Bettany, The Falcon and The Winter Soldier starring Anthony Mackie and Sebastian Stan, Loki starring Tom Hiddleston, and the currently in-season animated series What If…? debuting new episodes every Wednesday. Hawkeye starring Jeremy Renner and Hailee Steinfeld and Ms. Marvel starring Iman Vellani are also expected to premiere on the streamer in 2021.

Following the theatrical release of Shang-Chi and the Legend of the Ten Rings (September 3), Marvel fans are getting The Eternals (November 2021), Spider-Man: No Way Home (December 2021), Doctor Strange in the Multiverse of Madness (2022), Thor: Love and Thunder (2022), and Black Panther sequel, Wakanda Forever (2022.)

Will you see Marvel’s Shang-Chi and the Legend of the Ten Rings early? Let us know in the comments!