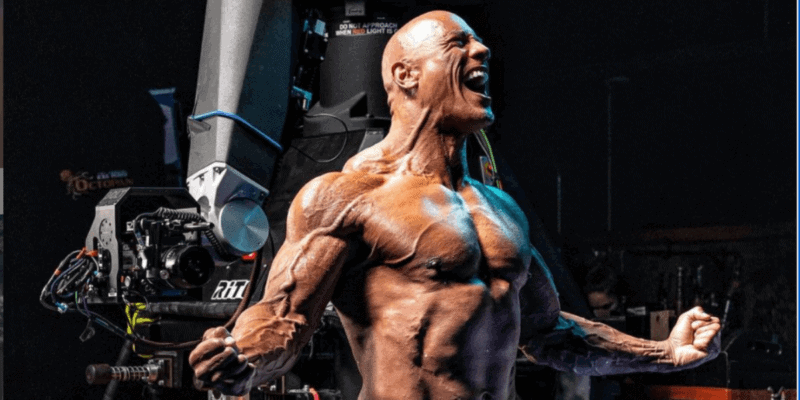 One of the most bankable Hollywood actors in a generation may be taking his talents to the Marvel Cinematic Universe. According to a Black Adam (2022) producing partner of Dwayne Johnson, The Rock has had discussions with Marvel Studios head Kevin Feige about the star taking on a role in the MCU.

Related: Dwayne Johnson Speaks Out On If He Plans to Sue Disney For ‘Jungle Cruise’ Release Plan

As Marvel prepares to expand the multiverse following the status quo-smashing events of Loki — setting up reality-bending adventures in the upcoming films Spider-Man: No Way Home (2021), Doctor Strange in the Multiverse of Madness (2022), and new Disney+ series What If…? —  a new super power may be making an impact on the MCU soon.

Dwayne “The Rock” Johnson could be well on his way to traveling between superhero movie universes with leading roles in both the DC Extended Universe for Warner Bros. and the Marvel Cinematic Universe for Disney — a feat that would make even the multiverse-manipulating Kang envious.

Related: The Rock Made a 25-Min. Video Convincing Emily Blunt to Do ‘Jungle Cruise’

Speaking to Collider, Fast Saga super producer and frequent collaborator of The Rock, Hiram Garcia, dished that the action superstar has been in ongoing conversations with Marvel Studios President Kevin Feige.

While Dwayne Johnson has never been formally offered a specific character in the MCU, Garcia divulged that The Rock and Kevin Feige share a mutual admiration for one another that could lead to a working partnership, saying,

“DJ [Dwayne Johnson] and Kevin Feige have a great relationship and we’ve flirted around a few ideas before, but nothing serious. There’s a mutual admiration for what we each have been doing and what Kevin has built over there is truly incredible. Ultimately though for us, we’ve always been very committed to what we wanted to build with Black Adam. Black Adam was the character we wanted to bring to life and who we felt DJ was destined to play. Once we set our sites on this character over a decade ago it was hard to imagine DJ playing anyone else.”

As Garcia kept the focus on the the hotly anticipated upcoming DC universe movie Black Adam — currently in post-production and due out in 2022 — the producer’s comments have grabbed the attention of Marvel fans the world over.

Could The Rock really join the Marvel Cinematic Universe?

Dwayne Johnson certainly has the star power and Hollywood clout to make almost anything happen. It’s rumored that The Rock has been throwing his weight around Warner Bros. in an effort to “restore the Snyderverse” following the debut of Black Adam. Even as Warner Bros. and the DC universe are looking to turn the page on the stories and characters of director Zack Snyder, Dwayne Johnson is said to be pushing the studio to include Henry Cavill as Superman and Ben Affleck as Batman in future movie projects. Notably, Henry Cavill is also rumored to be leaving the role of Superman at DC/Warner Bros. for a mystery role within the Marvel Cinematic Universe.

Dwayne Johnson already has a great relationship with Disney. In the instantly iconic role of Maui in Moana (2016) for Disney Animation Studios, the former WWE champ became a hero to a whole new generation of kids. Johnson has also gone on record on being in lockstep with Disney as relates to the successful simultaneous release of Jungle Cruise (2021) in theaters and on Disney+ with Premier Access.

Avengers: Endgame directors think The Rock is a superhero in real life

Another fun connection Dwayne Johnson has with Disney and the Marvel Cinematic Universe are comments from Infinity War (2018) and Endgame (2019) director Anthony Russo. When asked about The Rock’s possible inclusion in an MCU film, the director said, “The superhero that I would most like The Rock to play is The Rock. He is the best version of him.”

“I appreciate the Russo Brothers. I’ve known those guys for a long time and I appreciate the compliment and we would have to see. So, basically what they’re saying is, is I don’t need a cape.”

Whether The Rock will continue his conversations with Marvel Studios head Kevin Feige as well as his lucrative relationship with Disney remains to be seen. Either way, we’ll keep you posted on whatever The Rock may be cooking.

Who would you like to see The Rock play in the Marvel Cinematic Universe? Let us know in the comments!