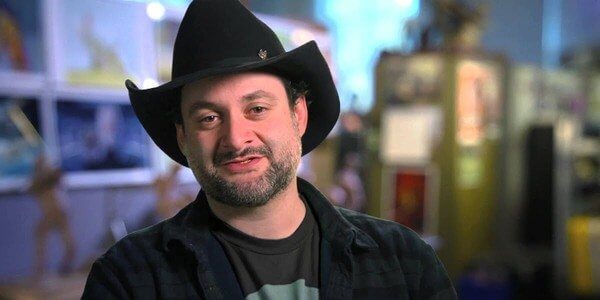 Credit: Screenshot via 'Disney Gallery: The Mandalorian' on Disney+

Before Filoni helped the Star Wars creator develop fan-favorite characters like Ahsoka Tano (voiced by Ashley Eckstein) and Captain Rex (Dee Bradley Baker), however, he seemingly thought his Clone Wars job offer was a joke — and narrowly avoided missing the opportunity that has led him to so much success within the Star Wars franchise.

One report summed up the situation:

In a conversation with his fellow directors on the first season of The Mandalorian in the Disney+ documentary series Disney Gallery: The Mandalorian, Dave Filoni recalled his initial meeting with George Lucas to discuss the potential of him working on The Clone Wars animated series. “I almost didn’t get the job because I thought it was a practical joke,” he said.

Meeting George Lucas and being involved with Star Wars is a dream of many, and Filoni couldn’t believe it when he received the phone call asking if he wanted to interview with Lucas. It took a moment for him to accept that the phone call was for real. The interview itself was a meeting of like minds, and, of course, as we all know, Filoni impressed Lucas enough for him to be hired as showrunner for The Clone Wars.

Fortunately for Star Wars fans, Filoni did get the job and went on to team up with showrunner Jon Favreau as the executive producer of The Mandalorian. Now, the duo is gearing up for the third season of the hit Disney+ series — and for its various spinoffs.

At this time, two spinoff shows — Ahsoka, starring Rosario Dawson as the live-action version of Ahsoka Tano, and The Book of Boba Fett — are in active development. A third spinoff, Rangers of the New Republic —  set to star now-fired Cara Dune actress Gina Carano — has been put on hold.

At this time, we do not know where Grogu (AKA “Baby Yoda”) will next appear, though it could be in the as-yet-unconfirmed Luke Skywalker series. Since Grogu is now Skywalker’s Padawan, it seems unlikely that we will see him alongside Djarin in The Mandalorian Season 3, at least at first.

Pascal is the only actor who has been confirmed for the third season of the Star Wars show, but it’s likely that both Katee Sackhoff (Bo-Katan Kryze) and Giancarlo Esposito (Moff Gideon) will be back to tie up the ongoing Darksaber storyline.

Are you looking forward to whatever Favreau and Filoni have in store next in their corner of the Star Wars galaxy?