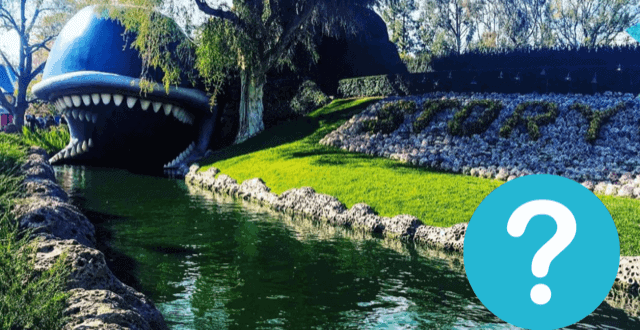 The Disneyland Resort is just a matter of days away from reopening since its 2020 closure due to the pandemic. Not only will Disneyland Park be opening with new safety protocol, but also there will also be new updates. Specifically, a number of attractions will be updated in each Disneyland Resort theme park land — including Fantasyland — in order to comply with the state regulations.

But, what about the long-term future of Fantasyland at Disneyland, the original Fantasyland at the original Disney Park? Could it possibly be on the brink of massive changes or even an expansion? Let’s first dive into what changes we know are coming to Disneyland’s Fantasyland when the park reopens and then discuss why it’s possible that Fantasyland could undergo big changes in the future.

Which Fantasyland Attractions Will Be Updated?

First, this is one attraction that has already been changed. We know for certain that we will have possibly the most anticipated attraction update come to Fantasyland — Snow White’s Enchanted Wish. The attraction formerly known as Snow White’s Scary Adventures has been reimagined with all-new story elements and new technology to this beloved dark ride. New scenes like the glittering and gleaming mine have been added, and the attraction will be much less scary than it was before.

Another update Guests can expect to see is that of King Arthur’s Carrousel. Returning Guests will experience minor updates to this Fantasyland staple. The attraction will welcome back Guests with a refreshing refurbishment, like a fresh coat of paint to really make it shine and sparkle just beyond Sleeping Beauty Castle.

Which Fantasyland Attractions Could Be Updated?

Now that we know that Snow White’s Scary Adventures is being reimagined to Snow White’s Enchanted Wish and becoming a lot less scary, is it possible that other attractions in Fantasyland could change, too?

Still, there could be a chance that the classic Fantasyland attractions like these — and even Mr. Toad’s Wild Ride, which features quite a frightening scene — could face some story changes and get the “Snow White makeover” in the future, given the precedent that Disney is setting. The company hasn’t shared that they will retheme this ride, though, so we will have to wait and see.

Another hot topic of possible change is that of the popular attraction Peter Pan’s Flight. It was reported in early March 2021 that Disneyland Paris had edited a video of the attraction to remove a scene that features Tiger Lily and the Indian Village. This left fans of the classic film and attraction split on whether they think Disney should update the ride and remove the scene.

Because of the portrayal of Native American peoples in the 1953 film, Disney added a content advisory ahead of the film being streamed on Disney+. Although Disney has not announced that the company plans to remove the Tiger Lily scene from the famous attraction at the Disney Parks, including Disneyland, we can only assume that the conversation may pick back up at a later time, given the other changes the company has announced.

In the future, the resort could look to removing this sensitive scene as they have with the auctioneer scene in the Pirates of the Caribbean attraction and even more recently the overhaul that’s currently in the works for Splash Mountain, which will be rethemed to The Princess and the Frog as well as the reimagined scenes coming to Jungle Cruise. However, for now, we will have to wait until Disney announced if and when changes could be made to Peter Pan’s Flight.

Related: Splash Mountain to Be Rethemed to ‘Princess and the Frog’!

What Other Changes Could Be in Store for Fantasyland?

Could there be an expansion of Fantasyland in the near future? It may be possible.

Disneyland recently just revealed plans for a new project called DisneylandForward. If it is approved by the City of Anaheim, this project could serve as more of an expansion rather than a third gate for the Disneyland Resort. This new project will allow the resort to work with the city to add an area that will be a mixture of dining, retail, theme park elements, and changes to the hotel offerings at the Southern California Disney Resort.

Disney has teased fans of what we could possibly look forward to for this area as far as theming goes. Some ideas were possibly Tangled, Frozen, and even Peter Pan which are currently coming to Tokyo Disneyland! That sounds like there could be an expansion of Fantasyland or even a New Fantasyland addition. What do you think?

If they could get a chance to expand on the Peter Pan story without including the controversial material, this would be the perfect opportunity to do so. Adding Frozen definitely fits the Fantasyland bill, because if memory serves us correctly, the first place you could meet Anna and Elsa in person was right in Fantasyland at Disneyland. Tangled also fits in this area as well because we have Tangled themed rest area in Fantasyland already at the Magic Kingdom in Walt Disney World, so it would make sense to bring some Rapunzel theming to Disneyland, too.

Could this possibly be a new Fantasyland or a Fantasyland expansion? We think it’s definitely a possibility. However, it is important to note that this is purely speculation and no final decisions have been made for the DisneylandForward project, nor has construction even begun. Still, many fans are holding out hope that there could be big changes to bring Fantasyland at Disneyland up-to-date and tell stories that even more Guests will enjoy.

Are you and your family thinking about visiting Disneyland after it reopens? Start planning your vacation now with Academy Travel!