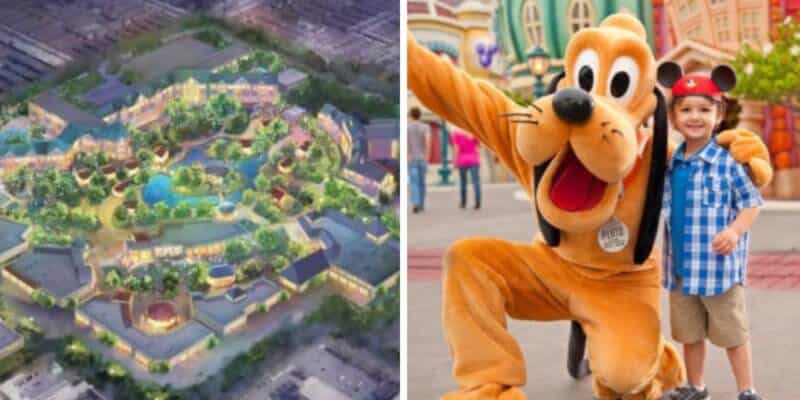 Recently, Disneyland Resort unveiled a proposed expansion plan called DisneylandForward, which has many fans excited about what could be coming to the Anaheim resort over the next several years.

This announcement has many Disney fans excited because although we do not necessarily know what the proposed expansion will entail, it does seem that more hotels, attractions, shopping, and eateries will be included in both Disneyland and Disney California Adventure. Disney still has to work with Anaheim officials in order to come to an agreement regarding the possible expansion, so it may be years before the company can move forward with the project.

After Disneyland Resort theme parks have been closed for a full year due to the ongoing pandemic, many Disneyland fans, Guests, and Legacy Passholders have been deeply missing the magic, so to know that Disneyland aims to keep building, as Walt always wanted, is a great gift and surprise after such difficult times.

With that being said, all of us at Inside the Magic wanted to know what all of our readers think about the possible expansion of the Disneyland Resort offerings. So, we took to Instagram and asked all of you! We had a great response, and it looks like a majority of readers are eager to see what’s to come.

ITM reader G5 (@g5coat) put it simply saying, “About time”. This response is one that was expressed by many who love the theme parks, but after watching many others worldwide, such as those who constantly visit Walt Disney World, continuously grow with entire new park additions and lands over the years, Guests have been waiting to Disneyland to add more offerings to the parks without taking away existing attractions.

Also, considering Disneyland Resort is only comprised of two parks, although this is an expansion and seemingly not an entirely new theme park, it will be a massive addition to the existing parks, allowing them to offer even more.

Kelly A. (@kab1774) thinks the expansion is “Amazing! Would love more of Disneyland and California Adventure to see!”

Although Disneyland recently added Star Wars: Galaxy’s Edge, the park overall is still quite small compared to other parks around the world. These additions would give both Disneyland and Disney California Adventure an expansive feel, and allow more room to be immersed within the Happiest Place on Earth.

Lauren S. (@Friendlikeme93) shared a sentiment we are all feeling, writing “Wish we had more details than a vague piece of concept art”

Of course, all of us Disney fans want to know exactly what is coming. What is that volcano-looking mountain? What IPs will Disney include next? All of these questions and more will surely be swirling for the next while as fans begin to speculate what all the concept art means.

Please keep in mind that, this plan is still in its very early stages, so things can continuously shift until plans are concrete. Disney hinted at some things that could be inspirations for the park expansions at Disneyland Resort, but those were all expansions and attractions that were officially announced to be coming to the international parks, with concept art that was already released for those parks or things that are already open at Shanghai Disneyland and Walt Disney World.

Additionally, this is something similar to what we have seen with Epic Universe at Universal Orlando Resort. As Universal dropped the concept art for their new theme park, although fans have their speculations, a majority of the lands within the theme park have yet to be confirmed.

Mike B. (@1020ferncourt) noted “They have so many flat parking lots that can be used! I see more parking structures.”

Some of the parking areas such as the Toy Story parking lot are currently included as part of the plan to usher in a new era of offerings at the Disneyland Resort (including more theme park attractions, hotels, shopping, dining, and more). But, as this Disney fan noted, it will be interesting to see what Disneyland does in terms of creating more parking if they are using their lots, especially since these expansions will draw in more Guests and increase capacity. As seen below, the plans do hint at possible new parking coming on Disney Way.

The rest of the responses fall under the lines of “awesome”, “speechless”, “excited”, and other positive terms for the new expansion.

If Disneyland can move forward with these plans, it will be interesting to see a proposed timeline of the construction, as well as what will be included specifically in these expansions. Disneyland did note that this is something that would be done over the course of the next few several years, so Disney fans have a lot to look forward to.

Disneyland’s next big anniversary will be the 75-year mark, which is still around nine years away, however, two major expansions would be a great way to commemorate the occasion. That being said, that idea and timeline are purely speculative.

As we previously noted, Disney has hinted at possible IPs that we may see as concept art for attractions and lands that have been shared from various Disney Parks. Some of these include the Tangled, Frozen, and Peter Pan-themed lands coming to Tokyo Disneyland, the Zootopia-themed land, Disneytown retail district, and the TRON roller coaster at Shanghai Disneyland, and Toy Story Land and Disney Springs shopping district at Walt Disney World Resort. However, none of this is for certain — it’s clear that Disney is dreaming big!

As a reminder, Disneyland Park and Disney California Adventure will open up on April 30. Stay tuned to Inside the Magic as we continue to report on all the latest news regarding the resort’s expansion, and upcoming construction.

What do you think of the new expansion of Disneyland Resort?