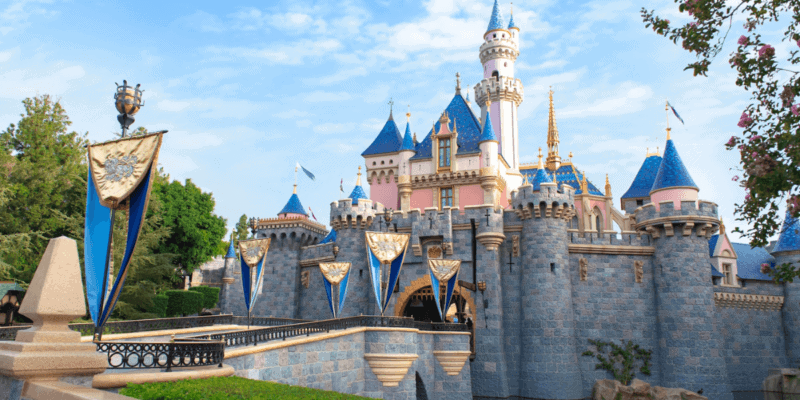 On Thursday, Disney unveiled their new, groundbreaking expansion plans to the Disneyland Resort over the next several years. Appropriately calling the project DisneylandForward, the company aims to work with the City of Anaheim to get approval on expanding the theme park, retail, dining, hotel, and parking offerings at the Disneyland Resort.

The long-term plans are causing a flurry of excitement among fans, but also a lot of questions.

Related: City of Anaheim Is “Receptive” to Disneyland Expansion

In the last decade, groundbreaking experiences and lands like Cars Land, Pixar Pier, Guardians of the Galaxy – Mission: BREAKOUT! and Star Wars: Galaxy’s Edge all made their home at the Disneyland Resort. These instantly became fan favorites — despite how much it hurt saying goodbye to the Hollywood Tower of Terror –, and Disney and the countless Imagineers behind the scenes always create more magic out of well-lived experiences, especially with Avengers Campus opening later this year.

Now, the famous Disney Park is boldly stepping into the future and hoping to expand further outside their two current parks to create highly immersive new theme park experiences at the Southern California theme park property.

In this article, we dive into what Disney has shared about the big dreams and proposed plans for theme park expansion at the Disneyland Resort, and we share our own hopes for what may come in the future.

Keep in mind that DisneylandForward is a proposed expansion by Disney that will be an ongoing, evolving, ever-changing plan with the City of Anaheim.

Is a third park coming to the Disneyland Resort?

Disney is not pitching DisneylandForward as a proposal for a third theme park at the California resort.

On the official DisneylandForward website, Disney confirms that they need to work with local officials to reach an agreement to allow the company to bring more experiences to the Disneyland Resort. Disney says that they need more flexibility to bring new offerings to the existing property rather than remove current ones.

“We want to bring more Disney investment to Anaheim. However, this simply isn’t possible under current inflexible planning restrictions unless we remove and replace treasured rides and attractions in our Parks today.”

“Without updates, new Disney experiences and placemaking, created from our beloved stories, will likely never find their way to the Disneyland Resort as they have to other parks throughout the world. With DisneylandForward and more flexibility within our existing properties, new lands and adventures like those underway at Tokyo DisneySea and Shanghai Disneyland could inspire new experiences here.”

Keep in mind that Disneyland officials have not stated any specifications about the expansion. They did confirm that DisneylandForward will stay within the company’s existing 500-acre property in Anaheim, California. In the concept art, Disney wants the new offerings to be expansions of the large theme parks.

Looking at the proposed expansion — which is subject to change at any moment — this expansion will sprawl out between the two current Downtown Disney parking lots and the Disneyland Hotel and Paradise Pier Hotel.

“We are not announcing any future projects at this time. Currently, we are focused on meeting with the community to explain DisneylandForward and working with the City of Anaheim to review and ultimately approve the project. These updated approvals are necessary as they will allow us to explore new integrated and immersive experiences that could include adding new theme park attractions without having to remove and replace treasured rides and attractions.”

Disney is very clear that they are not adding a third theme park, but they dropped some major hints at expanding their two existing parks.

Disney did, however, note their hopes of adding new “integrated and immersive experiences that could include adding new theme park attractions without having to remove and replace treasured rides and attractions.”

That being said, Disney is aware of the struggle to create new experiences with limited resources. At the moment, the only way for new attractions or immersive experiences to call Disneyland their home is to take the place of a preexisting attraction.

The most recent example is the upcoming Splash Mountain retheme into the anticipated Princess and the Frog attraction coming to Disneyland Park. The company is making an effort to bring new stories to the theme park, but as they do so, they are retheming an old attraction instead of building an entirely new ride for Princess Tiana. Additionally, to kickstart bringing Marvel to Disney California Adventure, the company rethemed The Twilight Zone Tower of Terror to a Guardians of the Galaxy ride.

“With DisneylandForward, we will have the opportunity to bring integrated and immersive development to the Anaheim Resort area that could include hotels, dining, entertainment and theme parks, all in one area.”

Imagine expanding the Downtown Disney Shopping District into the Disneyland Hotel and Paradise Pier Hotel areas and adding new attractions and experiences. Now, add new dining options and possibly even more offerings to Guests, like another hotel or more entertainment.

When you pop on your magnifying glasses, there appear to two new bridges that allow guests to travel above Disneyland Drive. The furthest bridge on the left seems to be for backstage use, but the other two bridges appear to be used for Guests. As we know, this is just concept art, and it is not specifically indicative of what will come, but it is certainly interesting to dissect.

The west end of the Downtown Disney District — with the  AMC Theater, the Star Wars Trading Post (previously the Rainforest Café), ESPN Zone, Earl of Sandwich, and LEGO store — appears to be missing from this concept art. While the extinct ESPN Zone and Rainforest Café will most likely be gone for good in the future, Disney may want to transfer some Guest-favorite entertainment and retail offerings into their new expanded areas. But it’s good to note that the concept art appears to depict a new area similar to the Disneyland Esplanade.

We don’t know exactly which IPs or original entities will inspire DisneylandForward. A lot may change, but depending on which route Walt Disney Imagineering takes, some Disney fans hope that we could get to experience a west coast version of Toy Story Land or maybe even Neverland. Below, we dive into some of our own speculation and hopes for the possible upcoming Disneyland Park and Disney California Adventure Park expansions.

One thing Disney is emphasizing is the hope for new attractions coming with the proposed DisneylandForward initiative.

It’s a bit confusing trying to picture the Disneyland Hotel surrounded by new attractions. It almost seems that this expansion is taking inspiration from Disneyland Paris or Tokyo DisneySea, in which their hotels are snuggled up with their theme parks. Even Epic Universe — the third theme park in the works at Universal Orlando Resort — features a similar concept. And of course, Disney’s Grand Californian Hotel & Spa already offers views of and a separate entrance to Disney California Adventure Park.

Putting on our armchair Imagineer caps, could you imagine that a stone’s throw away from the Disneyland Hotel, there’s a Slinky Dog Dash-like attraction or even fireworks or another nighttime spectacular that you can view from the Fantasy Tower?

Taking a closer look at the right-hand side of the concept art, some squiggly, yellow lines look a lot like the Gadget Go Coaster in Mickey’s Toontown. But could this be another roller coaster or an entirely different attraction instead?

Call me crazy, but the top right of the expansion is giving off some Luca vibes, Disney/Pixar’s upcoming animated feature. The waterways surrounding a small village with a beautiful mountain landscape are screaming the coast of Italy. Even though the movie has not come out, maybe Disney is banking that their next Pixar animated picture will be a smash-hit and fan-favorite film, leading them to want to create a theme park land based on the movie’s setting and characters.

The land adjacent to Disneyland Park looks primarily like retail and dining options, but there are certainly many water and mountains. It’s looking a bit like Disney Springs!

Again, call me a dreamer, but on the DisneylandForward website, Disney mentioned,

“New lands and adventures like those underway at Tokyo DisneySea and Shanghai Disneyland could inspire new experiences here [Disneyland Resort].”

This seems to be screaming a possible Peter Pan, Frozen, and Tangled-inspired lands coming to the Disneyland Resort. Tokyo DisneySea recently announced the massive expansion containing Neverland, Arendelle, and Tangled-inspired lands coming to the legendary park. If these lands were coming to Disneyland in some capacity, Disney would be hitting the themed entertainment ball out of the park (Angel Stadium?).

Looking again at the plans above, Disneyland does not have a massive land to work within Orange County. However, the areas highlighted in orange and blue (corresponding with each theme park) look large enough to fit a new land or two.

Imagine stepping into a Peter Pan/Neverland-themed land while visiting Disneyland Park and then hopping over to check out the new Tangled-inspired land. Take a ride with Flynn Rider, soar through Neverland with Peter Pan, and dine with Captain Hook while visiting the Disneyland Resort.

The island on the left-hand side of the concept art screams Neverland and the right side of the proposed expansion shows off a lot of warmth like the Corona, the island kingdom from Disney’s Tangled (2010).

Any addition to the Happiest Place on Earth is exciting, especially the addition of new resort hotels. For years, Disney has been working closely with the City of Anaheim to construct a new hotel on property, but delegations and zoning laws have prohibited the Mouse House from expanding its on-property commodities.

Although fans like me are interpreting the concept art in several ways, Disney hints on the DisneylandForward website that Frozen, Tangled, and Peter Pan could influence the expansion of Disneyland Park, while Zootopia, Toy Story, and Tron could inspire the expansion at Disney California Adventure. Nothing is set in stone, however, leaving plenty of room for fans to dream.

While Disney makes these dreams come true, the plans could change — so, as soon as more details emerge, we will update our website. By creating more flexibility in their existing properties and working with local officials to go forwards with DisneylandForward, we could see a whole new era of the Disneyland Resort come to life in the foreseeable future.

Disney CEO Bob Chapek has not spoken about this project, but he has expressed his excitement for the reopening of the Disneyland Resort at the end of April. While the annual pass and Fastpass ticket programs are currently unavailable, guests will once again be able to visit their visit Disney characters at Walt Disney’s original Magic Kingdom.

What do you think DisneylandForward will include? Let us know in the comments below!