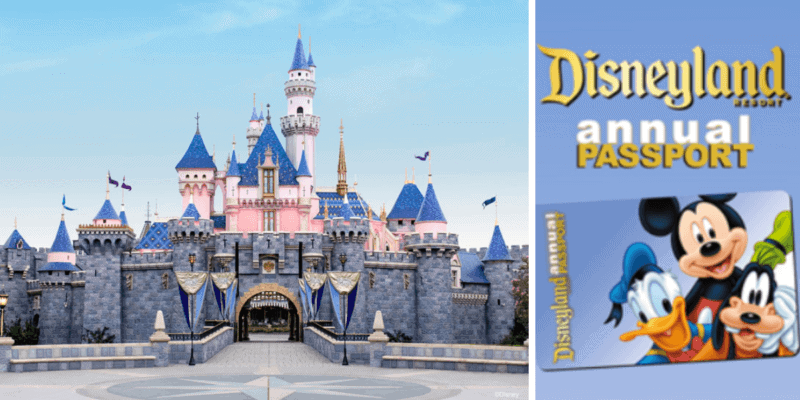 There is excitement for many as Disneyland Resort will soon reopen its theme parks (Disneyland and Disney California Adventure) on April 30th, but not everyone is over the moon.

But when will Annual Passes be sold again, and how is the program changing? Here’s what we know.

The original Disney theme park is expected to have a very high demand which is part of the reason for sunsetting the existing Disneyland Annual Pass. Another reason for the recent ending of the Disneyland AP program is to enhance the experience of each Disneyland Annual Passholder when the parks reopen during the pandemic era, as a lot has to change operationally. Disney is taking this time to reimagine how to better serve Guests at this Disney Resort while still operating the parks in these tumultuous times — advanced reservations, for example, will be required for all Guests in order to enter.

Here is what Disney had to say in an email to Legacy Passholders:

What Disney wants the new Annual Pass program to be

Disney wants the new Annual Pass Program to include more flexibility and choice. With the world changing as much as it has in the last year, Disney felt as though their fan base needed alternative options to the Southern California Select, Disney Flex Passport, Disney Deluxe Passport, Disney Signature Passport, and Disney Signature Plus Passport. It appears they felt that with all of the Annual Pass options and all of the Annual Passholders they had, they wanted to reset and start fresh.

In a survey to Legacy Passholders, the new options hinted at were very similar to the Disney Flex Passport with the new Disney Park Pass reservation that Guests would Disneyland tickets would need to have. Each would have blockout dates, but it seems to still give a lot of flexibility and a way to maintain crowd control for a more enjoyable experience.

Disney CEO Bob Chapek reiterated this sentiment by stating in an interview that their goal is to maximize the Guest experience.

“Everything we do, the first lens we look at is to exceed guest expectations. And it’s very tough when your park has more demand than supply, we have to put limits on it. Well, as you know, we have a wide variety of (profit) margins depending on the nature of the guest and how they visit and when they visit.”

“So with a lens toward maximizing the guest experience, we are now able to essentially reset many pieces of our business. Both on the cost and revenue side of the business in order to say, if we had a blank piece of paper, how would we set up our parks business and be a little bit more aggressive than we typically might be able to be without the impetus of, unfortunately, a year-long closure. So we’ve had a lot of time to think, particularly at Disneyland, about what could be.”

Potential Timeline For Disneyland Annual Pass Program to Roll Out

“Our hope is to be ready for this whenever we’re allowed to open. That is our hope. It’s hard to pinpoint that because I don’t know what the direction from the state will be. But we are working all hands on deck to develop this as rapidly as we possibly can.”

Plus, since Disney shared that Legacy Passholders can take advantage of their discounts from their previously held Annual Passports for the time being, and those discounts will be extended indefinitely until new Annual Passes are for sale, it does not seem likely that there will be a new Annual Pass program in place anytime soon, and only time will tell when these “new membership offerings” are introduced.

It may be more likely that the next time anyone can be an official Disneyland Resort Annual Passholder will be once the initial Disneyland demand from an over one-year closure dies down. Possibly when the state enters the lowest tiers of California Governor, Gavin Newsom’s “Blueprint Refresh” where capacity increases and out-of-state Guests are allowed again, this may be a more realistic timeline.

Since the Southern California Disney Parks have been closed for so long, Disneyland Resort may decide to wait until the initial rush of Guests visit the theme parks, and perhaps later on, once they can more easily predict Disneyland demand in the pandemic (or, later, in a post-pandemic era), they could decide to reintroduce Annual Passes in a very new way.

Keep in mind, though, that these are our predictions, and aside from a few statements Disney has made, we do not know much else about when Disneyland Annual Pass options will be for sale again.

When do you think Disneyland will roll out their new Annual Passport Program, and what would you like to see out of the new membership offerings? Let us know in the comments below!