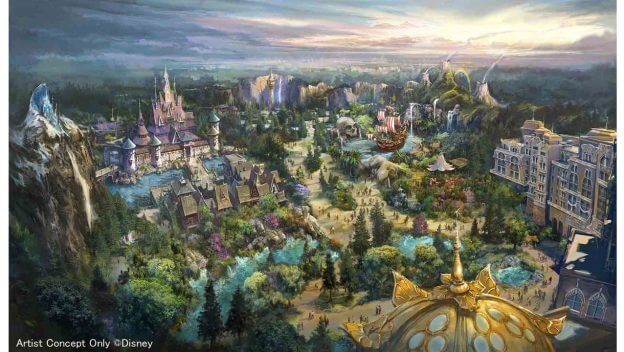 Tokyo Disney Resort announced an expansion for Tokyo DisneySea in 2022, bringing an eighth port highlighting the favorite Disney films “Frozen,” “Tangled,” and “Peter Pan.” A new deluxe hotel with a “one-of-a-kind luxury wing” will be connected to the port.

In the “Frozen”-themed area, guests will explore Arendelle, home to Elsa and Anna. A new attraction takes guests on a boat ride to experience the sisters’ story while enjoying classic songs from the movie. Inside Arendelle Castle, guests can dine a new restaurant. 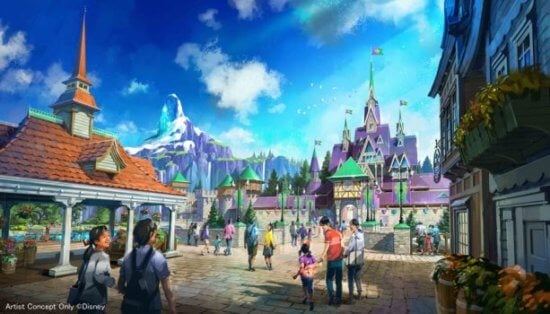 The “Tangled”-themed area invites guests into the forest surrounding Rapunzel’s tower. At this area’s attraction, guests board gondolas for a romantic tour to see Rapunzel and Flynn journey to the lantern festival. The area will include a restaurant inspired by the band of thugs’ hideout in the movie. 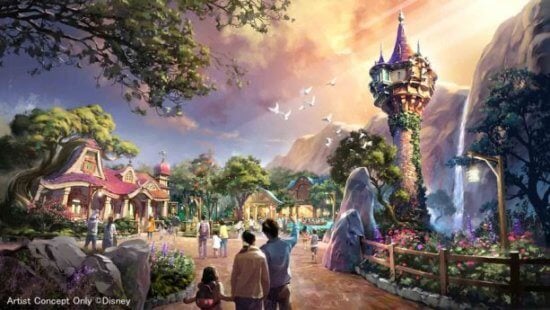 Never Land comes to life with Captain Hook’s pirate ship and Skull Rock. The area features two new attractions, including one that sends guests flying “over the jungles of Never Land with Peter Pan to rescue Wendy’s younger brother, John, in a battle with Captain Hook.” The second attraction immerses guests in the world of Pixie Hollow, home to Tinker Bell and her fairy friends. The area also includes a restaurant inspired by the Lost Boys’ hideout. 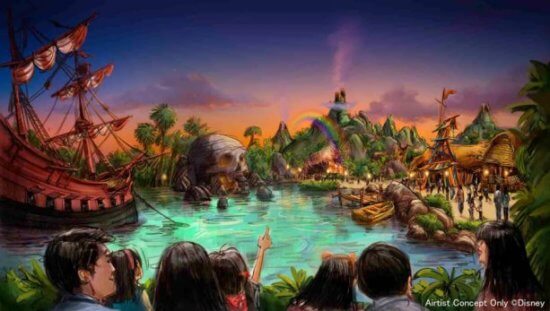 The new deluxe hotel is themed to Disney fantasy and “will rise above and around the magical springs of the new themed port.” The hotel features 475 deluxe and luxury guest rooms, two restaurants, and a merchandise shop. 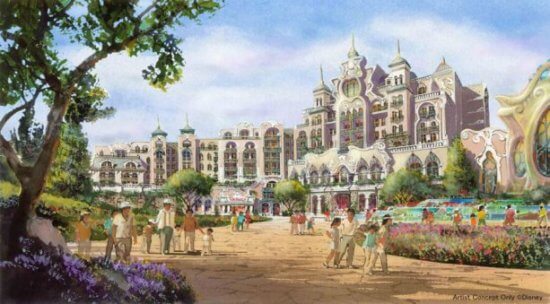 For more information on Tokyo Disney Resort, head over to the official website.