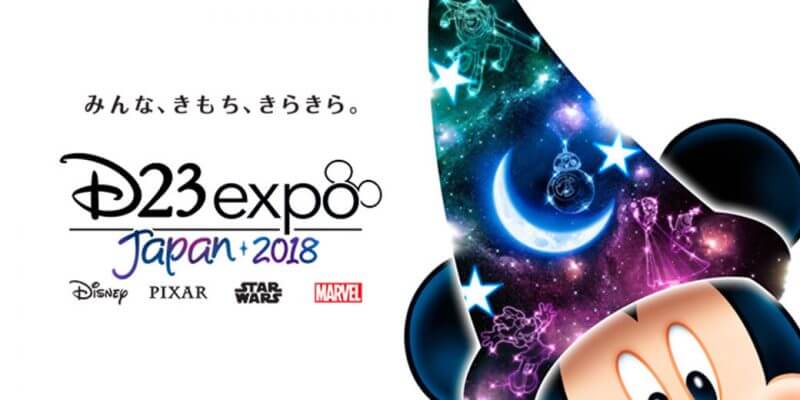 D23 Expo 2018 announced a new Big Hero 6 attraction, an entirely new Fantasyland, and a version of Soarin’ are all coming to Tokyo Disneyland.

The D23 Expo has brought exciting announcements of new Disney theme parks, resorts, films and attractions since its beginning in 2009. And today Bob Chapek, Chairman of Walt Disney Parks & Resorts, presented several thrilling updates that all Disney fans will be excited to hear about. One special announcement was some of the new Disney experiences coming to Japan.

Firstly, it was announced by Chapek that starting in 2019, Adventures by Disney will now be taking guests to the beautiful and storied country of Japan. There they can take part in immersive, cultural experiences, such as visiting temples in Kyoto, learning sword techniques with a master samurai, exploring the bustling city of Tokyo and more. This new Adventures by Disney Japan vacation is set to open for booking later this Spring. Chapek announced during D23 Expo Japan that these coming attractions will make for the biggest expansion to Tokyo Disneyland Resort since the opening of Tokyo DisneySea. This includes the first-ever attraction inspired by “Big Hero 6,” which is coming to Tomorrowland at Tokyo Disneyland and invites guests to ride around with Baymax. Also coming to Tokyo Disneyland is an entirely new area in Fantasyland themed to “Beauty and the Beast,” with an attraction set to the award-winning music guests know and love. The Fantasyland expansion will also include the first full-scale, live entertainment theatre at Tokyo Disneyland, and Toontown will see a new design studio where guests can meet the one-and-only Minnie Mouse.

One other addition announced for Tokyo DisneySea is a new version of Soarin’, which is one of the most popular attractions across all Walt Disney Parks and Resorts. All of these new additions will certainly bring new life to Tokyo Disneyland! More news from the Disney Parks and Resorts presentation at D23 Expo Japan 2018 coming very soon!

Comments Off on D23 EXPO JAPAN: NEW Big Hero 6 attraction, “Beauty and the Beast”- themed Fantasyland, Soarin’ are all coming to Tokyo Disneyland