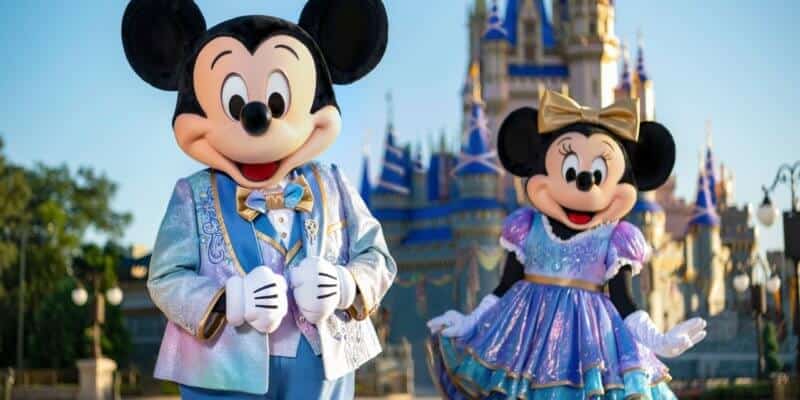 Can you believe it’s been nearly 50 years since Magic Kingdom park opened its gates to the public for the first time?

Walt Disney had a vision and that vision soon became a dream. But before he knew it, that dream was a reality and on October 1, 1971, Walt Disney World — The Most Magical Place on Earth — opened its first theme park, Magic Kingdom.

With such a huge milestone such as the 50th anniversary, of course, Disney is going to throw the biggest party yet! We didn’t have many details surrounding the upcoming celebration, but that didn’t keep Guests from getting excited for what’s to come.

Now, Disney Parks Blog is giving us some insight on what we can expect beginning this October at Walt Disney World!

It’s been confirmed that “The World’s Most Magical Celebration” will be going on for a total of 18 months — yes, you read that right! The 50th anniversary is set to run through early 2023 — meaning there is plenty of time for Disney World to bring back some of the fan-favorite perks Guests have been missing.

Let’s take a look at what the 50th anniversary celebrations could trigger in regard to perks returning to The Most Magical Place on Earth!

Please keep in mind that this article is pure speculation and Disney has not confirmed any of these amenities returning to the parks at this time. However, given the timeline of the 50th anniversary celebrations lasting for a year and a half, we think there’s a chance we could see some perks returning to Disney World Guests.

Due to the ongoing pandemic, one of Disney’s popular perks had to be suspended — Minnie Vans. In case you aren’t familiar, Disney’s Minnie Van service is described as:

Get around in a jiffy with this new, whimsical personal ride service―just use your smartphone to request a ride.

Need to get to a restaurant reservation at another Disney Resort hotel? How about a relaxing way to get back to your room after a busy day at one of the Walt Disney World theme parks or the Disney Springs area? Minnie Van Service is a great way to get around Walt Disney World Resort quickly and in comfort—all while in a Disney-owned, Disney-operated vehicle.

However, we suspect that sometime in the future we may see the return of this service as we continue to make positive progress with the pandemic. Once it is safe to do so, Disney World could decide to bring back Minnie Vans for Guests to utilize while on property. And, we can predict that this will be sometime during the 50th anniversary celebrations since the festivities will end two years from now.

Disney World might want to bring back a service such as Minnie Vans during a celebration as it gives Guests yet another option of transportation.

Disney’s Magical Express is one of the best parts when arriving at Orlando International Airport. The complementary mode of transportation brings magic to Guests before they even arrived on Walt Disney World property. However, it wasn’t long ago that Disney confirmed this service would be coming to an end in 2022.

But with the 50th anniversary just getting started (keep in mind, the celebrations will run all throughout 2022 and even into the start of 2023), will Disney leave all of these Guests traveling to Orlando International Airport without them providing a mode of transportation to and from Walt Disney World property? My gut says no.

This leads me to believe that Disney already has a game plan in place for 2022 and more than likely already has a new bus transportation system planned out, promoting the 50th anniversary.

Disney Dining Plans are one of the most popular add-on perks to Walt Disney World Resort vacation packages. In case you aren’t familiar, the Disney Dining Plan allows families to prepay for their sit-down meals, quick service meals, and snacks so they can enjoy their Disney World vacations with less financial stress.

However, for the time being, Disney World has temporarily halted the Disney Dining Plan add-on. The website states:

We’re sorry, but dining plans cannot be modified or added to Resort reservations at this time.

This is something that has been suspended for several months now due to the ongoing pandemic and the fact that there are limited dining offerings currently available at Walt Disney World Resort.

But with the 50th anniversary approaching, Guests are going to want to start planning ahead of time — so could we see Disney World bring back the Disney Dining Plan?

Will you be visiting Disney World during the 50th anniversary celebration? Let us know in the comments below.