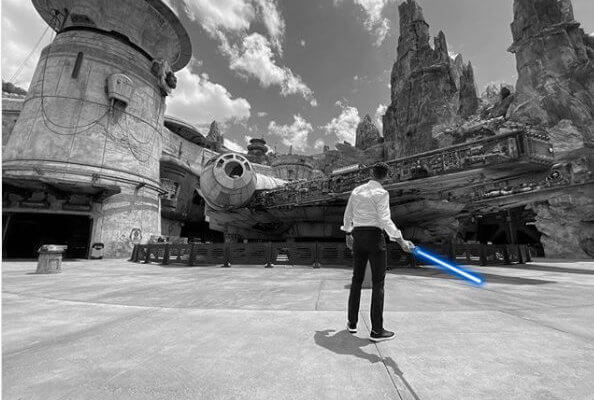 2020 was a tough year for many, including the Walt Disney Company’s theme park division. Every Disney theme park underwent a closure, and some (Disneyland Resort) have yet to reopen.

The stress put on the Disney Parks by the pandemic was huge — with tens of thousands of Cast Members laid off, and many construction projects put on pause or delayed. That being said, Chairman of Disney Parks, Experiences and Products Josh D’Amaro is looking to 2021 with optimism and success.

Previously, Inside the Magic reported that D’Amaro stated the following when speaking to 2021 at Disney Parks, “I’m incredibly optimistic about what 2021 and beyond is going to look like.”

He continued, “You see people with tears in their eyes. These experiences are very meaningful – maybe even more meaningful now. When the world starts to open up and change, (visitors) will come back quickly, and we will be ready.”

Considering the Pfizer vaccine is well on its way in terms of distribution in the United States, tourism is likely to pick back up, which means the possibility of more Guests at Disney in the future. We are already beginning to see an increased amount of Guests visiting Disney Parks, especially Disney World during the holiday season — where Magic Kingdom, EPCOT, Animal Kingdom, and Disney’s Hollywood Studios often hit capacity. Plus, Disney World has a big year upcoming with the 50th Anniversary Celebrations in tow — which is a fantastic reason that both Disney and their Guests have to be excited and optimistic for 2021.

Josh has always had a hopeful look towards the parks, even in the grimmest of moments in 2020. He was at Disney World and Downtown Disney in Disneyland shortly after the massive layoffs were announced, comforting Cast Members and giving them a reason to stay positive during such a tough time, and truly feel cared for by the Walt Disney Company.

D’Amaro has been a huge advocate for Disneyland Resort reopening, ensuring that Disneyland and Disney California Adventure were met with the highest safety standards for Guests — something that has been in place since July of 2020.

Why else is Josh excited about Disney Park’s future?

This year, at Disney World, Guests can expect to experience a whole new EPCOT! World Showcase will be joined by World Celebration, World Nature, and World Discovery, and although we do not have an exact end date for all of EPCOT’s renovations, Disney has indicated that several projects are a priority and will be open for the 50th-anniversary celebrations. Remy’s Ratatouille Adventure and an extension of the France Pavillion are both set to debut in 2021.

We are also going to see one of the two water parks reopen! On March 7, 2021, Disney World is set to open the chilly gates of Blizzard Beach to Guests. As well, Park Hopping recently returning to Disney World, which is only more steps to having the parks feel like normal once again.

He also noted that Cast Members would be at the heart of the celebration. Considering the tough year Cast Members just had to endure, celebrating them is only another magical push towards a successful year for Disney World.

We do not know too much about what specifically will be offered during the 50th anniversary, however, more information is sure to come. Disney recently allowed Guests to begin booking reservations for October 1st, and Disney Park Passes have been quickly filling up.

This announcement allows many Disneyland Guests to have hope and excitement for the upcoming year considering Disneyland is clearly continuing to innovate and things are business as usual. Avengers Campus is also set to open at Disney California Adventure in 2021 — yet another reason D’Amaro has to be optimistic about the theme parks future.

Do you want to celebrate with Disney World this year? Click here to get started today!

Do you think 2021 will be an amazing year to visit the Walt Disney World Resort? Are you planning on heading to any other Disney Parks around the globe? What are your predictions?