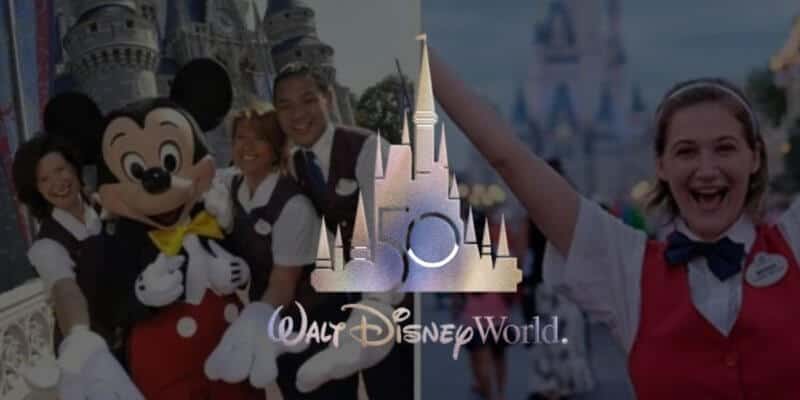 With 2020 coming to an end, everyone is beginning to think ahead to 2021 — the year of Walt Disney World’s 50th Anniversary!

At this time, not many details have been released surrounding what the theme parks plan for this milestone celebration. However, Jeff Vahle, President of Walt Disney World, has just revealed a tidbit of information that is sure to get Guests excited!

And now, according to Orlando Business Journal, Vahle is sharing a bit more about the Disney World 50th Anniversary, saying that Cast Members who “make the Disney magic come alive for millions of Guests every year” will be at the “heart of the parks’ momentum around the milestone.”

He continued, “Our region and our industry are resilient, which we have proven this past year. We believe that 2021 will undoubtedly be a year of challenge, but also one that holds great promise.”

In 2020, The Walt Disney Company made the decision to lay off over 30,000 Cast Members due to the pandemic and financial state of the company, but seeing Vahle say Cast Members will be the heart of the parks around the milestone is surely positive.

We cannot wait to hear more details surrounding the 50th Anniversary celebrations at Walt Disney World and will continue to update you as we get information. If you want to plan a trip to Walt Disney World to celebrate this milestone with the Cast Members, be sure to start planning today!

Are you excited for the 50th Anniversary at Walt Disney World? Will you be visiting? Let us know in the comments below.