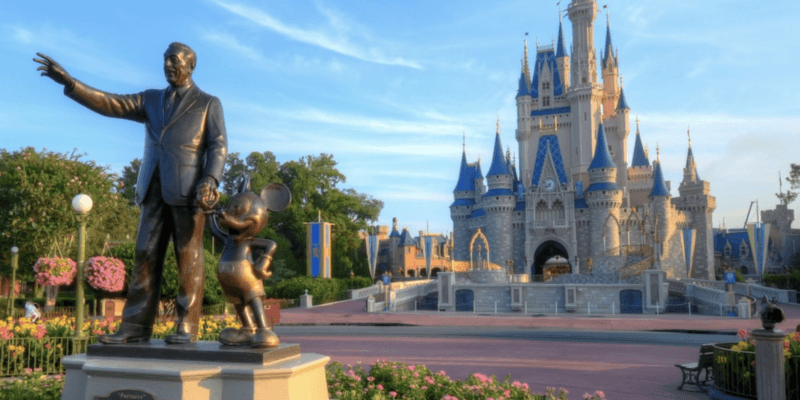 Last year was not an easy one for The Walt Disney Company as a direct result of the ongoing pandemic.

With film and television productions shuttered and both U.S. Disney Parks temporarily closing in March — Disneyland Resort on March 14 and Walt Disney World Resort on March 20 — the company began to feel the financial drain very early in the year.

In addition, all four other Disney Parks and Resorts around the world — Shanghai Disneyland, Hong Kong Disneyland, Disneyland Paris, and Tokyo Disney Resort — were temporarily closed — and have reopened or re-closed — amid the COVID-19 outbreak.

In spite of these unfortunate facts, however, Walt Disney World Resort’s four theme parks — Magic Kingdom, EPCOT, Disney’s Animal Kingdom, and Disney’s Hollywood Studios — have remained operational with a variety of pandemic health and safety protocols in place since July 2020.

Disneyland Resort, however, remains temporarily closed for the time being. Neither Disneyland Park nor Disney California Adventure Park has been able to move forward with an official reopening date, although the Downtown Disney District and the partially reopened Buena Vista Street are offering limited experiences for Guests.

Now, with California Governor Gavin Newsom giving no real indication of when Disneyland Resort might be allowed to reopen amid the Golden State’s regional stay-at-home orders, the Orlando Business Journal is reporting that The Walt Disney Company is seriously considering moving certain operations from California to Florida:

Sources with knowledge of the deal tell OBJ nothing has been signed, and it isn’t clear which Disney divisions (NYSE: DIS) or how many people would move to Lake Nona [an Orlando-area master planned community]. The discussions come as many big-name California firms like Hewlett Packard Enterprise (NYSE: HPE) in recent months have revealed relocations to Southeastern cities, which are seen as more business- and tax-friendly.

OBJ goes on to share speculation about the fact that this move could be due to Disney’s “increasingly difficult relationship with the state of California,” noting:

The discussions may be a sign of Disney’s increasingly difficult relationship with the state of California, which has shuttered Disneyland since the Covid-19 pandemic’s beginning while the state of Florida allowed Walt Disney World to reopen after closing briefly last spring. For Orlando, these talks also may represent one of the largest corporate relocations to the region, which has struggled to attract big-name companies compared to its peers in other Southeastern cities.

It is important to note that Walt Disney Company CEO Bob Chapek, Executive Chairman Bob Iger, or other executives have yet to make an official statement regarding any potential operational relocations.

Stay tuned to Inside the Magic for the latest Disney news and register for our newsletter below so you don’t miss a headline.