Could Contract Disputes Be Causing 'Mandalorian' Release Delay? - Inside the Magic 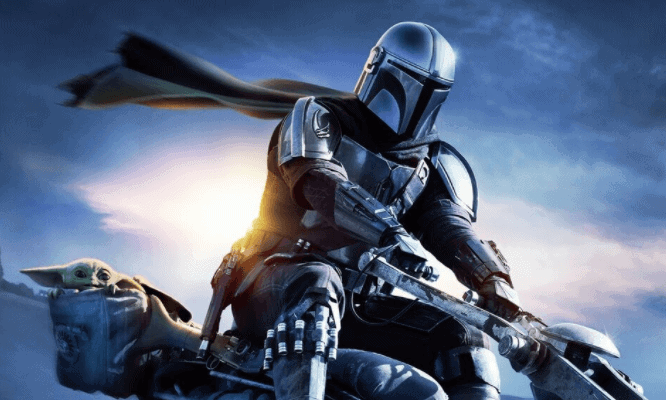 Today, Disney confirmed their 2021 release schedule, and there were several noticeably absent shows that have taken Star Wars fans by surprise.

The Mandalorian Season 3 and its two spinoffs, Ahsoka and Rangers of the New Republic, were not anywhere to be seen among Disney’s 2021 releases.

At Disney’s 2020 Investor Day event, Lucasfilm President Kathleen Kennedy said that “the next chapter” in the Star Wars story would begin in December 2021. Initially, fans and news outlets presumed this to mean that the third season of The Mandalorian, alongside its two spinoffs, would release next winter — this was due to the fact that Kennedy announced the Christmas 2021 date immediately after announcing that the trio of shows would be interconnected and would culminate in a streaming event of some kind.

Now, it seems that only The Book of Boba Fett — which was confirmed in the post-credits scene of The Mandalorian Season 2, Episode 8 (Chapter 16: The Rescue) — will be debuting next December, making it “the next chapter.”

Why, however, have The Mandalorian and its two direct spinoff series seemingly been delayed after showrunner Jon Favreau previously indicated that the third season of he and Dave Filoni’s hit show would have a 2021 release? Here, we examine why contracts and casting could have something to do with this developing situation.

Cara Dune — played by actress Gina Carano — is likely to be the star of the Rangers of the New Republic spinoff series. Dune’s Mandalorian Season 2 story arc largely revolved around her becoming, quite literally, a “Ranger of the New Republic” as a Marshal on Nevarro.

Carano, however, has faced her fair share of controversy in recent months. For nearly the entirety of the second season of The Mandalorian, the actress’s social media posts divided fans — some agreed wholeheartedly with her political and social opinions, while others caused the hashtag #FireGinaCarano to trend.

One rumor even suggests that The Walt Disney Company has requested an apology from Carano before granting her a Mandalorian spinoff series. It is possible that Disney has either decided to restructure Carano’s existing contract or is planning significant edits to her planned series and, thus, release delays have occurred.

Although de-aging CGI technology was used to help Mark Hamill once again play a young Star Wars: Episode VI – Return of the Jedi (1983)-looking Luke Skywalker in The Mandalorian Season 2 finale episode, rumors have long run rampant that actor Sebastian Stan will eventually be cast as a young Luke now that Hamill has aged.

Some fan art even shows Stan in a Mandalorian character poster as Luke Skywalker [below].

If there are plans to bring Stan in to play Skywalker — now Grogu’s (AKA The Child AKA Baby Yoda) Jedi Master — it is possible that there are contract issues with him or, potentially, production-related problems due to the fact that Stan is currently filming the upcoming Disney+ Marvel Studios series The Falcon and the Winter Soldier, in which he will reprise his role as Bucky Barnes/The Winter Soldier.

Since The Mandalorian is set just about five years after the defeat of the Galactic Empire in the aforementioned original trilogy movie, Return of the Jedi, Leia Organa and Han Solo — in addition to Luke Skywalker, who, as established, has already appeared in the streaming series — are alive and well in a galaxy far, far away.

Billie Lourd — Carrie Fisher’s daughter who has already played young Leia in a flashback scene in the final Skywalker Saga movie, Star Wars: Episode IX – The Rise of Skywalker (2019) — was at one point rumored to be potentially playing her mother’s most famous character again in The Mandalorian.

If, in fact, series creator Favreau and executive producer Filoni actually want to have Lourd on board for Season 3 — or any upcoming season of the Star Wars show — they could be running into some type of problem getting her contract squared away.

It is imperative to note that all of this is purely speculation. Until Disney or Lucasfilm executives confirm exactly what is going on with the release dates of The Mandalorian and its spinoff series, we can’t know for sure why the releases have, apparently, been delayed beyond 2021.

Casting is, however, a viable reason only one show in the Mandalorian library is on Disney’s slate for 2021 — this seems especially odd given the focus on the series at Disney’s Investor Day event.

It is worth noting that Pedro Pascal — who plays our title beskar armor-clad hero, Din Djarin — has been confirmed for Season 3 already. Grogu, presumably, has had no grounds for a contract dispute either.

Stay tuned to Inside the Magic for the latest on The Mandalorian and all things Star Wars.

Comments Off on Could Contract Disputes Be Causing ‘Mandalorian’ Release Delay?