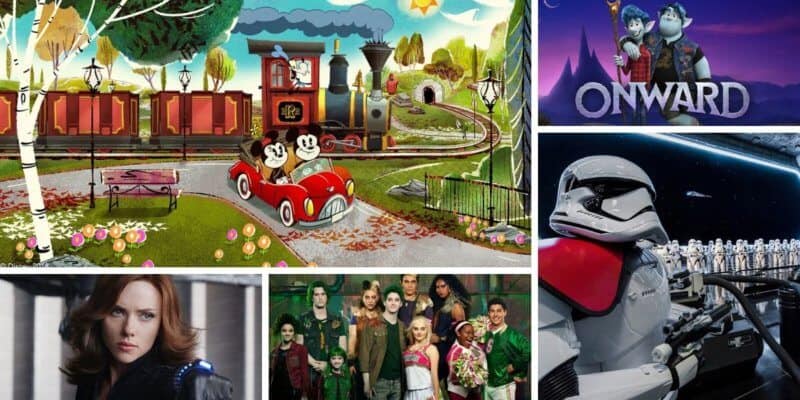 But we have so much to look forward to in 2020 as well. From the opening of Mickey & Minnie’s Runaway Railway at Disney’s Hollywood Studios to the MCU hero Black Widow finally headlining her own film to new shows coming to Disney+, there is an entire list of things Disney fans can look forward to in the next year.

From FOX films to MCU films, Disney has an entire list of upcoming movies being released in 2020. Here is a full list:

I think it’s safe to say we’ve been pretty busy binging everything Disney+ has to offer. From The Mandalorian to Lady and the Tramp, Disney’s library of content is full of must-watch shows and films.

Let’s take a look at some highlights we can look forward to in 2020:

There is a lot Disney fans can look forward to in 2020 on Walt Disney Television. A brand new animated series The Owl House premieres on Friday, January 10 on Disney Channel and DisneyNOW and on Sunday, February 9 the 92nd Oscars will be broadcasted live on ABC!

On Valentine’s Day, Disney Channel fans will be glued to their televisions when ZOMBIES 2 premieres.

And on February 16, American Idol will return to ABC with judges Luke Bryan, Katy Perry, and Lionel Richie and Ryan Seacrest as host.

If you are planning on visiting Disney Parks in 2020, you’ll be a very busy bee! From new entertainment to new attractions, Disney fans will have a ton of things to see and do next year.

What are you looking forward to most in 2020? Let us know in the comments.

Comments Off on From Disney+ Shows To Disney Parks: EVERY Disney Experience Coming in 2020