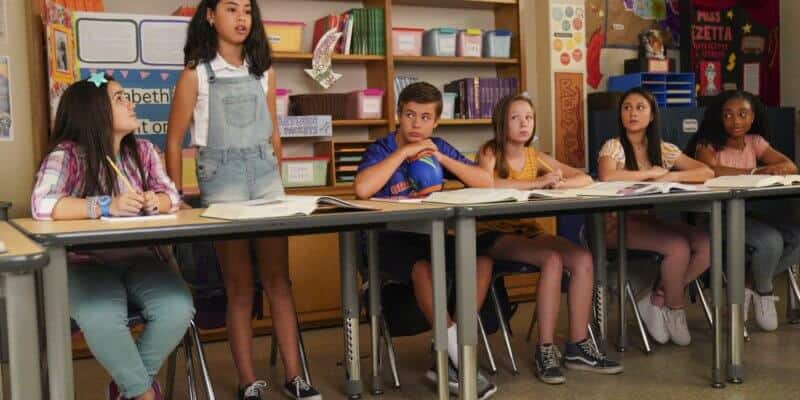 Ready for some up and coming girl power? As we reported back in January original series, Diary of a Future President is coming to Disney+. Now we have an official premiere date, streaming on Friday, Jan. 17, 2020.

Formerly titled Diary of a Female President, the series will star actor Tess Romero (from “Blind Spot,”) as young 12-year-old Elena. Teen Charlie Bushnell makes his acting debut playing Bobby, Elena’s sweet and mischievous older brother. Also featured in the television series is Executive Producer Gina Rodriguez as she will guest-star as adult Elena, the president of the United States. Executive producers also include Emily Gipson (“Someone Great”), and Ilana Peña (“Crazy Ex-Girlfriend”), as they combined their childhood experiences with Rodriguez to give inspiration to the show.

Episode one of Diary of a Future President opens as Elena’s day sees her facing new challenges at school like forgetting a homework assignment for the first time and worrying whether or not to keep a secret about her former best friend. Meanwhile, Elena’s mom, Gabi,  struggles to tell her kids (Elena included) about her new boyfriend, Sam. The first episode will be directed by Rodriguez who also occasionally plays adult Elena, The POTUS.

Diary of a Future President is the latest in a long list of great content courtesy of the new streaming service. If you’re not already in love with Disney+ and it’s offerings like The Mandalorian, The Imagineering Story or the plethora of Disney Classics, check out the streaming service yourself and sign up like the other 22 million subscribers!

Will you tune in to watch this new show? Let us know in the comments below.