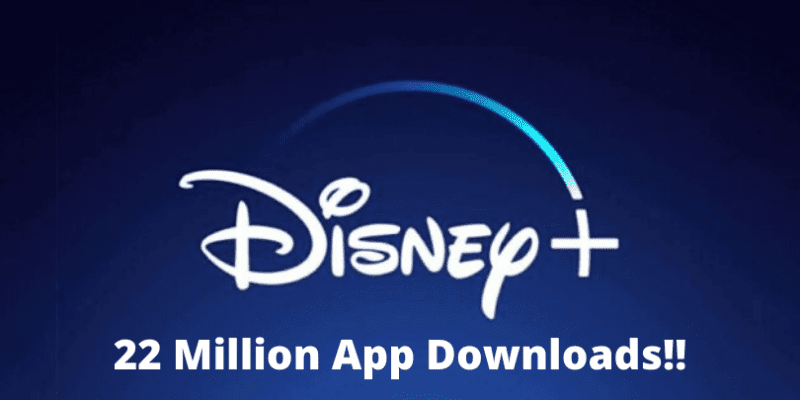 One month. That’s all it took. Disney+ launched one month ago today, and the streaming service already recorded over 22 million mobile app downloads. Okay, here’s what that means.

That number “over 22 Million” was tallied by the independent mobile app research firm Apptopia. The firm also reported that Disney+ averages 9.5 million app users per day and that Disney+ holds the top-ranked position in both the Apple and Google App Stores. But this is only counting mobile app usage on smartphones and tablets. Apptopia does not track usage on other devices like Smart TVs, Roku Boxes, Apple TV, etc.

By measuring solely app downloads, Apptopia is estimating Disney has already generated over $20 Million in revenue. The numbers do not include the cut that Disney has to give to the app stores.

Again, Apptopia is an independent firm that uses its data analytics tool to keep tabs on over 250,000 different apps. Representatives of The Walt Disney Company declined to comment, simply reaffirming that their official Disney+ numbers will be released with the next quarterly report.

But Apptopia is still a highly credible source. We would not cover this story if it wasn’t. Another credible third-party source, Google, stated in its annual search trend report that Disney+ was the top trending U.S. search in 2019.

The number is just going to keep climbing.

On November 12, 2019, Disney+ went live and became available for the eager Disniacs of the United States, Canada, and The Netherlands. In less than 24 hours it recorded over 10 million signups. On November 19, 2019, Puerto Rico, Australia, and New Zealand joined the fun. But 85% of daily Disney+ app users are still in the U.S.

Do you have Disney+? What do you like best about it so far? Let us know in the comments!