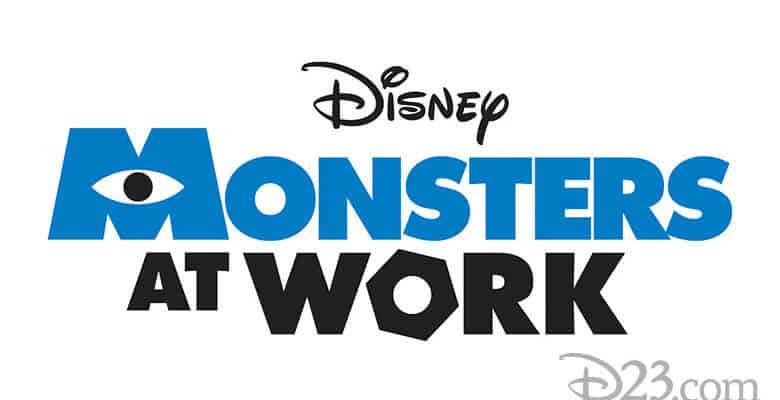 We couldn’t be more excited to see all of the new Disney shows coming our way once Disney+ finally launches on November 12. And now, Disney has revealed even more details about one of the most anticipated animated series coming to the streaming service: “Monsters at Work.”

This week during a press conference at the Annecy International Film Festival in France, Disney revealed the all-new logo for “Monsters at Work,” one of the upcoming Disney+ original series inspired by the story and characters of the early-2000s Disney-Pixar fan favorite, “Monsters, Inc.” The films in the “Monsters, Inc.” franchise (“Monsters, Inc.” and its prequel “Monsters University”) are some of our favorite movies that Disney and Pixar have ever produced together, so when we found out that an all-new show based on the same story was in development for Disney’s new streaming service, we were automatically on board. Best of all: the original voices of Mike and Sulley (Billy Crystal and John Goodman) are returning for the new series. How awesome is that?

Take a closer look at the “Monsters at Work” logo here: 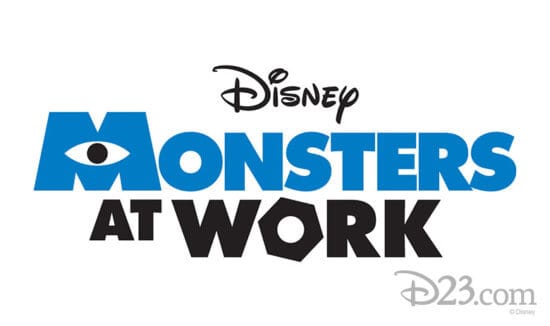 You can read a bit more about the series as described by Disney below:

Bobs Gannaway—a Disney animation veteran who counts Mickey Mouse Clubhouse and Planes: Fire & Rescue among his credits—developed the new series, inspired by Disney and Pixar’s Oscar®-winning film Monsters, Inc., with Ferrell Barron (Planes: Fire & Rescue) on board as producer. The series takes place six months after the events of Monsters, Inc., and the Monstropolis power plant now harvests children’s laughter to fuel the city (because, after all, laughter generates 10 times more energy than screams). Ben Feldman stars as Tylor Tuskmon, an eager and talented young mechanic on the “MIFT”—more formally known as the Monsters, Inc. Facilities Team—and Billy Crystal and John Goodman return to voice Mike and Sulley, Tylor’s idols.

Disney revealed some exciting information about other upcoming Disney+ series at the press conference, as well. Take a look at our post all about the new Chip ‘n’ Dale animated series coming soon to Disney’s streaming service.

What new series are you most excited to see on Disney+? Let us know in the comments!