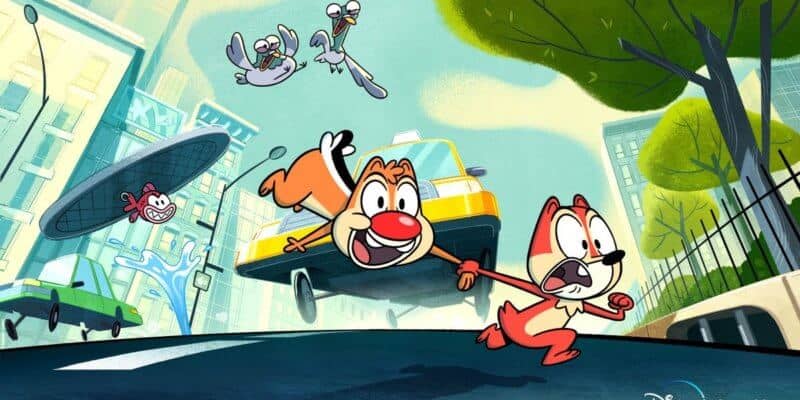 We can hardly keep up with all of the new series coming to Disney’s streaming service. And it looks like Disney fans everywhere are in for even more fun and adventure coming to Disney+! An all-new Chip ‘n’ Dale animated series was just announced, and we can hardly wait to see it make its debut. Here’s what we know so far.

Disney revealed plans for the Chip ‘n’ Dale animated series at this year’s Annecy International Film Festival in France. The animated duo of rambunctious chipmunks first debuted in 1943 and later starred in their own animated series in the 1980s, “Chip ‘n’ Dale Rescue Rangers.” That series has a pretty loyal fanbase, so we’re not surprised to find out that Disney is planning to give the pair of hilarious chipmunks their own reboot in a new show made especially for Disney+, Disney’s new streaming service launching later this year on November 12. You can read Disney’s description of the series below:

The show is developed by Disney’s London-based animation team in collaboration with Xilam Animation in Paris. The series will be fully produced by Xilam, an award-winning independent production studio known around the world for visual invention and cartoon comedy. The 39 x seven-minute episodes will feature the return of Disney’s much-loved chipmunk troublemakers in a non-verbal, classic style comedy, following the ups and downs of two little creatures living life in the big city. Combining a traditional style of animation with contemporary, comedic narratives, Chip ‘n’ Dale is directed by Jean Cayrol and produced by Marc du Pontavice.

From the looks of it, this new series will be drawn in a similar animation style to the modern-day Mickey Mouse cartoons and “DuckTales.” Each of these shows breathes new life into the characters we know and love through vibrant colors, dynamic settings, and expressive facial features. And after taking a look at the artwork Disney revealed, we’re definitely excited to see where this show takes Chip and Dale on their misadventures. Hopefully, we can expect a few cameos from the rest of the Fab 5…or perhaps the re-introduction of some of the Rescue Rangers? We’ll have to wait and see.

What do you think of the new look for Chip ‘n’ Dale in their upcoming Disney+ series? Let us know in the comments!