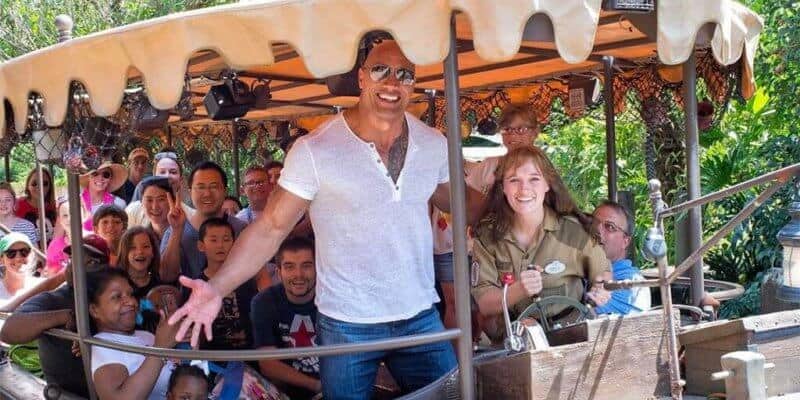 Any of the fans of the Pirates of the Caribbean (POTC) attraction at either Walt Disney World or Disneyland will tell you that the ride has a pre-movie and post-movie life. This classic Disney attraction has been a Disney icon since its Disneyland opening in the 60s, and it was the last attraction whose construction was directly supervised by Walt Disney.

The ride became so popular that Disney transformed it into one of its most iconic live-action film franchises. But that film franchise became so popular it affected the ride. Now, the original story has been changed for the movie, and the ride becomes a search for Jack Sparrow. The ride is still fantastic, but it represents a character change that has been happening in every Disney Park.

Is the Jungle Cruise at Disneyland and/or Walt Disney World going to stay true to its original self? Or will it get a “movie makeover” of its own?

This article can’t answer that, but there is substantial evidence to put the odds in favor of the “movie makeover.”

From POTC to Rivers of Light: We Are One, Disney film characters have invaded original attractions one by one, and Disney has made it very clear they have no intention of stopping this. At EPCOT alone, at least three movie-themed attractions are getting built.

Disney California Adventure replaced its Tower of Terror with a Marvel ride, and Pixar Pier moved in and gave all the seaside attractions a Pixar theme.

Obviously, not all of these choices are bad. Each is still a fun adventure, and many enjoyable rides come out of this and make the attractions better than they were before. But, sometimes, it’s not necessary and can destroy originality and distinction between Disney Parks and Disney films.

But there is hope!

Adventureland, the location of the Jungle Cruise, has also seen one attraction come back from the “movie makeover”: The Enchanted Tiki Room. After Disney let Iago and Zazu take over management of the Tiki Room, Disniacs everywhere were outraged. The renovation was so poorly received that Disney put the Tiki Room back to its original form.

So, there is hope that the purity of The Jungle Cruise will be seen, appreciated, and preserved. It is one of the few rides left where the cast members are the stars and guests are taken on an adventure not found in any Disney Film. I’m the Jungle Cruise film is going to be great, but hopefully, the African Queen–like adventure shared by Emily Blunt and Dwayne “The Rock” Johnson can stay on the Amazon river and out of the Magic Kingdom.

What do you think? Do you think the Jungle Cruise will be changed to mimic its upcoming film? What is your favorite joke told by the Skipper? Let us know in the comments!

Did you know: The Jungle Cruise was never meant to be funny. The original attraction had a very serious National Geographic-like script… until the Skippers got bored. Skippers started going off script, cracking jokes, and their passengers loved it. But Walt had no idea this was happening. He decided to go undercover as a guest to experience it for himself.

It was not uncommon for Walt to go undercover. Not making his presence known was the best way to review how his cast members truly behaved. Well, since the Skipper had no idea Walt was on his boat, he did not feel compelled to stick with the original script and began throwing out his own gags. Walt loved it. He permitted the Skippers to tell jokes and liven up the ride but insisted all potential jokes were screened before being used.