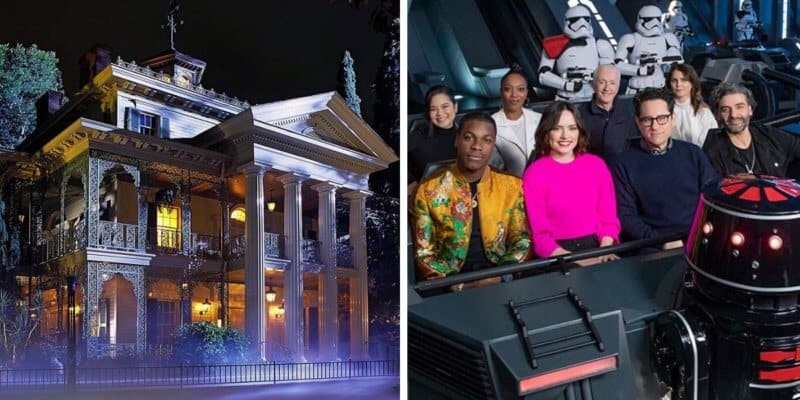 2019 was an incredible year for Disneyland Resort. From the opening of Star Wars: Galaxy’s Edge to an epic Mickey Mouse celebration to new attractions opening up at Pixar Pier, there was so much that happened at Disneyland in one year.

Get Your Ears On Celebration

On January 18, Disneyland celebrated 90 years of magic with the epic Get Your Ears On — A Mickey and Minnie Celebration. This included the limited-time night projection show, Mickey’s Mix Magic, and the return of Mickey’s Soundsational Parade.

On March 30, a brand new, elegant dining experience debuted at Napa Rose in Disney’s Grand Californian Hotel and Spa. Disney Princess Breakfast Adventures allows you to dine with some of your favorite heroines like never before.

On April 5, the official opening of Jessie’s Critter Carousel to the public at Pixar Pier occurred.

For a limited time only, beginning on April 26, Pop Up Disney! A Mickey Celebration opened in the Downtown Disney District.

On April 26, Mickey’s PhilharMagic debuted in Disney California Adventure. The 3D movie musical transports guests into the magic of Disney animation and music.

Inside Out Emotional Whirlwind

On June 28, the new attraction, Inside Out Emotional Whirlwind, opened at Pixar Pier.

On May 18, Black Tap Craft Burgers & Shakes debuted in the Downtown Disney District.

The new land, Star Wars: Galaxy’s Edge, opened in Disneyland on May 31.

On August 9, the classic attraction, The Haunted Mansion, celebrated 50 years of happy haunts!

On December 6, the cast of Star Wars: The Rise of Skywalker got a first look at the highly anticipated attraction, Star Wars: Rise of the Resistance, which will open to the public on January 17.

What was your favorite memory from Disneyland in 2019? Let us know in the comments.

Comments Off on Disneyland 2019 In Review: Epic Year Including New Lands, New Attractions and More