'Harry Potter' Reboot "Banned" Ahead of Release - Inside the Magic 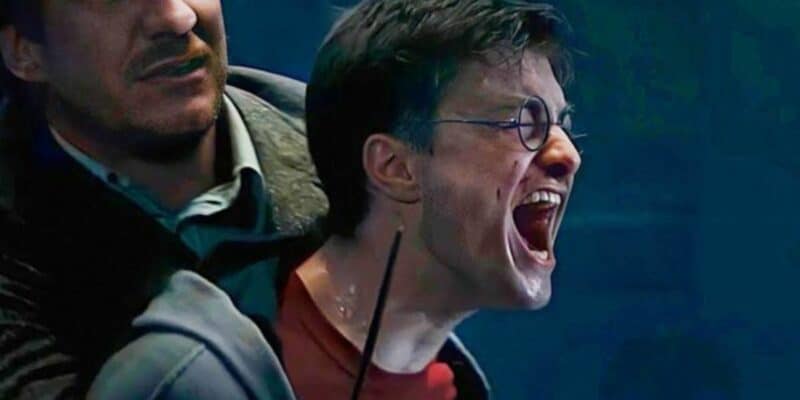 What a couple of years it has been for the once-controversy-free Wizarding World. Things haven’t looked this grim since Lord Voldemort led his army of Death Eaters to attack Hogwarts! And though there is some light at the end of the tunnel, it’s impossible to imagine that the Harry Potter franchise will ever shake off all the negativity from over the past few years.

Johnny Depp, Ezra Miller, JK Rowling, box office flops — the list goes on. Where will it end? Well, it certainly isn’t ending with open-world game Hogwarts Legacy (2023), a loose reboot of the Harry Potter timeline that’s set for release in a matter of weeks. Ever since its announcement two years ago, the game has attracted controversy like moths to a flame (or whatever the Wizarding World-equivalent of moths are).

Some fans continue to take great issue with the game due to its affiliations with JK Rowling, following tweets she has made regarding trans women, and allegedly due to the Wizarding World’s depiction of Goblins, which some consider anti-Semitic (the game in particular includes a Goblin rebellion, with the magical beings being oppressed at the time the story takes place).

Last year, some fans started a petition to boycott Hogwarts Legacy, but while Rowling hasn’t been directly involved with the game, the official Hogwarts Legacy website does state that the developers have “collaborated” with her to “closely” to ensure the game “remains in line with the magical experiences fans expect”.

Now, as reported by PC Gamer, one of the world’s largest gaming forums known as ResetEra has banned all mention of Hogwarts Legacy. ResetEra general manager B-Dubs released a statement from the moderation team that bans all mention of the video game on their platform, in which they refer to JK Rowling as a “bigot”, while adding that she “uses the influence and money gained from her success with Harry Potter to push transphobic legislation”.

“There will be no [off topic chat] and no discussion of this game. After continued internal discussion, we began to start outlining the issues put forth by Rowling and the game in question and each time, and as we discussed it all, we kept coming back to the simple fact that Rowling is not only a bigot but is actively pushing, in her position as a wealthy and famous individual, for legislation that will hurt trans people. She uses the influence and money gained from her success with Harry Potter to push transphobic legislation. Therefore, the mod team has decided to expand our prior ban on promotion for the Hogwarts game to include the game itself.”

The truth is that these boycotts and bans are very unlikely to make any real dent in Hogwarts Legacy‘s sales. According to recent reports, it’s already shaping up to be the biggest gaming title of 2023 with pre-orders alone. And it’s plain to see why — the game looks very magical.

Check out the official “cinematic” trailer for Hogwarts Legacy below:

How do you feel about the Hogwarts Legacy boycotting? Let us know in the comments down below!