'Fantastic Beasts' Star Confirms Series Is Dead In the Water, as New Prequel Takes Its Place - Inside the Magic 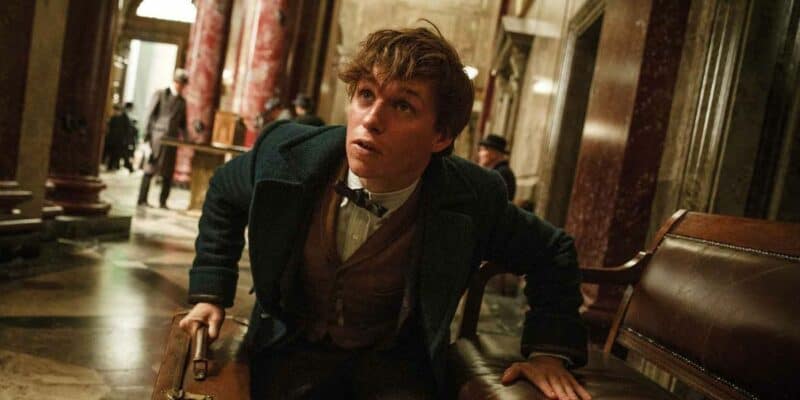 The fate of the Wizarding World has been up in the air for quite some time, and things haven’t looked so uncertain since Lord Voldemort and his Death Eaters declared war against Hogwarts and all those who stood by Harry Potter.

There isn’t one reason why Harry Potter is currently going through some turbulent times, though. Controversy surrounding Fantastic Beasts actors Johnny Depp and Ezra Miller, and the ongoing controversy with Wizarding World creator JK Rowling, have played a huge role.

Last year, it was reported that Warner Bros. is apparently looking to “reset” the Wizarding World, and more recently, rumors of a “recasting” of the Harry Potter characters also emerged. But the truth is no one really knows what’s going to happen.

With that said, one of the stars of the Fantastic Beasts films recently shed some light on the future of the spin-off series, which may give us an indication as to where things are heading where all things Harry Potter are concerned — at least on the silver screen.

In a recent interview with NME, Eddie Redmayne, who plays endearing Magizoologist Newt Scamander in the three Fantastic Beasts films, offered an update. But if you’re a fan of the Fantastic Beasts series, unfortunately, it isn’t good news.

“I mean, at the moment, there’s nothing that I’m aware of. So, as I’m aware, it’s not something that’s on the cards.”

The fact that there’s no Fantastic Beasts film in active development speaks volumes. But it’s not all doom and gloom. Or, to quote Hogwarts headmaster Albus Dumbledore himself, “Happiness can be found, even in the darkest of times, if one only remembers to turn on the light.” In other words, there is another Harry Potter prequel just around the corner.

In fact, open-world game Hogwarts Legacy (2023) looks like a Fantastic Beasts installment in its own right, as there’s a huge emphasis on magical creatures. And as the game is set during the late 1800s, it also serves as a prequel to the Harry Potter timeline (and that of Fantastic Beasts, too).

Check out the brand-new Hogwarts Legacy cinematic trailer below:

While Hogwarts Legacy is based on the Wizarding World, it isn’t necessarily canon with the Harry Potter books and films and the Fantastic Beasts spin-off series. As such, it’s possible that Warner Bros. will use the game to “wipe the slate clean” and reset the franchise.

But either way, Hogwarts Legacy is on track to become the highest-selling game of 2023. Whether or not it can repair any damage made to the Wizarding World in recent years, though, remains to be seen, but it sure does look pretty magical.

Do you think there should be another Fantastic Beasts film? Let us know in the comments down below!