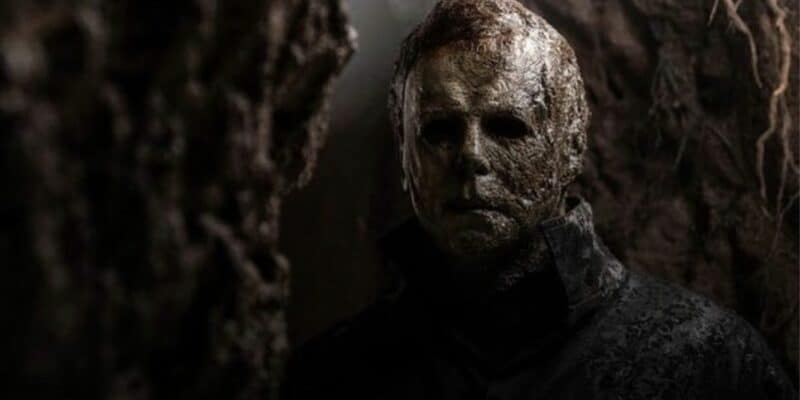 Within the slasher subgenre, the Halloween franchise stands out like a sore thumb for many reasons. Not only does it have a spin-off that has nothing to do with the rest of the franchise, it has the most movies, with numerous timelines spanning them (some nine and counting, by our estimates). Another reason why it’s so unlike any of its slasher-siblings is the fact that it has three entirely isolated trilogies.

So, we’ve decided to rank all three Halloween trilogies from worst to best.

Halloween: The Thorn Trilogy is an odd little series of films, and just like Michael Myers’ mask, consistency is the biggest problem here. The Return of Michael Myers is a solid Halloween film, even if it does feel a little stock and generic (as the trilogy goes on, though, you’ll recognise that these are good things indeed). It introduces young Jamie Lloyd (Danielle Harris) as the orphaned daughter of a now-dead Laurie Strode (Jamie Lee Curtis).

Jamie is the backbone of the first two films in this trilogy, however, there’s little she can do to save the bore-fest that is The Revenge of Michael Myers. The middle-chapter is the most sluggish and uneventful Halloween film out there (even 2002’s terrible Halloween: Resurrection knows how to party). But, as is the case with any trilogy-topper, it’s The Curse of Michael Myers that has the final say on whether this trilogy is actually any good — or, at the very least, functional.

Thankfully, Return can easily be considered a stand-alone effort, but there are whiffs of the Star Wars sequel trilogy all over the place here, as there was clearly no roadmap in place with these films. By the time we get to the final one — entertaining in its own right, albeit complete nonsense — none of it makes any sense whatsoever. So very little sense, in fact, that follow-up film H20 made the wise choice to ignore The Thorn Trilogy in its entirety. Ouch.

Placing David Gordon Green’s Halloween Trilogy in second place does come with some regret. After all, it’s the most committed-to series of films within the entire franchise, and also the most complete (even the two Rob Zombie remakes were due a follow-up that was never meant to be). However, be that as it may, in addition to this, we must judge the trilogy on many other factors. Being in second place is hardly bad, but on a list of only three, it can go one way or the other.

We happen to think that David Gordon Green’s three Halloween films form a pretty solid trilogy, though there are some glaring problems in the last two entries. Halloween (2018) is easily the best of the three, giving us a back-to-basics Halloween film we’d been yearning for after so long. Halloween Kills does exactly what it says on the tin, but that’s pretty much it.

Halloween Ends, however, turns out to be anything but your standard finale. We do get that Laurie Strode (Jamie Lee Curtis) and Michael Myers (James Jude Courtney) showdown, but the film is far more concerned with solid storytelling than it is with being a rinse/wash/repeat sequel. This is admirable, of course, but the fact that Michael Myers is relegated to a background character of sorts does feel oddly out of place for a final chapter.

And, much like The Curse of Michael Myers, this is another trilogy-topper that suggests that Michael Myers is indeed supernatural, despite the previous two entries suggesting otherwise.

“The Sister Trilogy” is the unofficial name given to the original Halloween, the first sequel Halloween II, and Halloween H20: 20 Years Later. And it’s the one trilogy in the Halloween franchise that we consider to be near-perfect, even if neither one of the three films that make it up are anywhere near perfect themselves. So, what is it about The Sister Trilogy that has earned it the top spot, especially over David Gordon Green’s far more consistent Halloween Trilogy?

In terms of the quality of each film, the new series is a lot stronger, but what works well about The Sister Trilogy is the fact that there’s a clear arc spanning all three films — even if this wasn’t the intention from the get-go. After all, the 1978 film was intended as a one-and-done, while Halloween II was a studio-mandated sequel, which included the contrived reveal that Laurie Strode and Michael Myers are siblings, something almost every single sequel thereafter ran with.

And then, 20 years later, H20 arrived, a film designed to serve as a celebratory affair, and a means to wrap up Laurie Strode’s long battle with the boogeyman once and for all. And does it pay off? As an individual film judged on its own merits, H20 is a solid entry for the franchise, but it’s plagued with problems that mostly revolve around the inconsistency of Michael Myers (Chris Durand). As the final chapter in an unintended trilogy, it’s perfect. At least it was until Resurrection came along and destroyed its brilliant ending.

How would you rank the Halloween trilogies? Let us know in the comments down below!