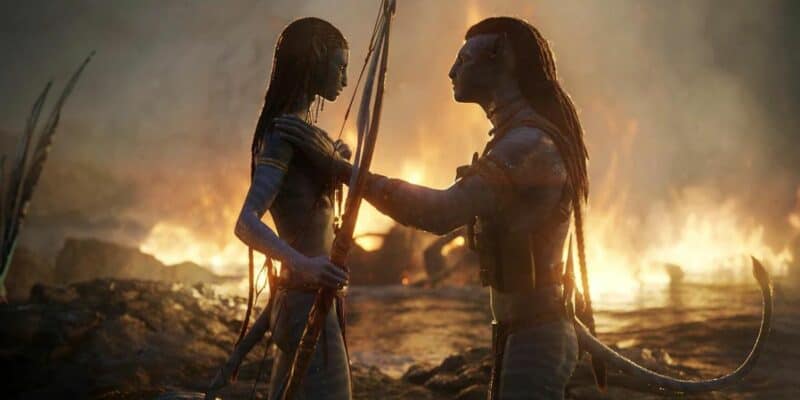 Avatar: The Way of Water (2022) continues to dethrone some of the most successful movies in history during its ongoing run at the box office, giving the likes of Top Gun: Maverick (2022), Jurassic World Dominion (2022), and the Marvel Cinematic Universe a run for their money.

Two other returning actors are Sigourney Weaver and Stephen Lang, who play Dr. Grace Augustine and Colonel Miles Quaritch in Avatar. However, this time, Weaver plays Jake and Neytiri’s Na’vi teenage daughter, Kiri, while Lang is the “Na’vi version” of his character.

Not only do fans of the original 2009 film have incredibly high expectations of the film from a storytelling and visual standpoint, but before the film’s release in December, director James Cameron revealed that it would need to essentially obliterate the box office just to break even.

But Avatar: The Way of Water has already exceeded many expectations, tearing its way past movies like Jurassic World (2015), taking in over $1 billion during its first two weeks in theaters, and becoming the highest-grossing IMAX film of 2022.

However, what many fans don’t realize is that there’s another Avatar installment in development that will be arriving either some time this year, or in 2024 — long before Avatar 3 (2024) is due to hit theaters and inevitably take the box office by storm all over again.

Avatar: Frontiers of Pandora (TBA) is an open-world, first-person shooter set in the mesmerising world of Pandora, and, as such, is set to be the most immersive experience in the franchise yet. If you aren’t up to date with Ubisoft’s upcoming project, then before we dive any deeper, check out the official trailer below:

As per the Avatar: Frontiers of Pandora website, here’s the synopsis for the upcoming game:

Avatar: Frontiers of Pandora takes place in the “Western Frontier”, which isn’t seen in the film Avatar. The size is unknown, however, during last year’s Snowdrop Tech Showcase, Technical Art Director Sebastian Lindoff described it as “majestic in scale” and “rich in detail”.

Lindoff also said, “We have created a Pandora that you can experience from the deep, dense jungles on the ground to the grand vistas up in the skies”. Avatar: Frontiers of Pandora allows players to explore the skies on their very own “Ikran”, also known as “banshees”.

The game was originally scheduled for release between April 2022 and March 2023, however, it is now expected some time between April 2023 and March 2024. But whether it’s this year or “Q1” next year (January through March), either way, if Avatar: Frontiers of Pandora avoids any further delays, it will arrive long before Avatar 3, which doesn’t hit theaters until December of that year.

If you can’t wait for the game, though, in the meantime, check out the trailer for Avatar: The Way of Water below and make a beeline for your nearest movie theater:

As per 20th Century Studios’ description, here’s the spoiler-free synopsis for the film:

Avatar: Frontiers of Pandora will be released on the following platforms — PlayStation 5, Windows for PC, Xbox Series X/S, and Google Stadia.

Avatar: The Way of Water is in theaters now, in Dolby Cinema, IMAX, and IMAX 3D.

Have you seen Avatar: The Way of Water yet? Let us know in the comments down below!