Universal Hits Nail In Disney's Coffin, Confirms ANOTHER New Land - Inside the Magic 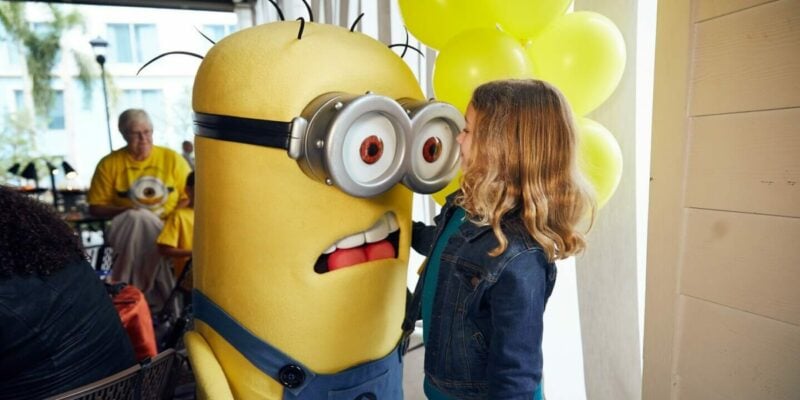 Last year, Universal Orlando Resort announced the closure of Shrek 4-D, a simulation ride located in the Production Central area of Universal Studios Florida. The sister Park to Universal’s Islands of the Adventure featured Shrek 4-D for many years but it would see its last day of operation in January 2022.

While no attraction was confirmed as its successor, there were a plethora of rumors and insider scoops relating to the replacement, and many Minions references were spotted around the construction of the closed site. Now, Universal Orlando Resort has officially confirmed that the Minions will take over the former Shrek 4-D location with a new attraction called Illumination’s Villain-Con Minion Blast.

NEW: Universal Orlando announces Illumination’s Villain-Con Minion Blast will open this upcoming summer. The “blaster game experience “will be located at the former spot of Shrek 4-D at Universal Studios.

The graphic reveals the new attraction will open in the Summer of 2023, perfect for holiday crowds and international visitors on vacation. Villain-Con Minion Blast will be the second attraction at Universal Orlando Resort based around the Despicable Me and Minions franchises, the second being the widely popular, and oft-packed, Despicable Me Minion Mayhem.

JUST ANNOUNCED: Monsters Café is being transformed into the Minion Café! It opens next year.

JUST ANNOUNCED: Monsters Café is being transformed into the Minion Café! It opens next year. pic.twitter.com/MZpMUBsnjw

And if that wasn’t enough, more news out of the theme park sphere confirmed the overhaul of this attraction and the Monsters eatery will make it an official Minions Land. Scott Gustin said:

The attraction will open “within the new Minion Land on Illumination Ave. This new area will also feature the fan-favorite Despicable Me Minion Mayhem attraction, a new Minion Café and other surprises inspired by popular characters from Illumination’s blockbuster franchises.”

The attraction will open "within the new Minion Land on Illumination Ave. This new area will also feature the fan-favorite Despicable Me Minion Mayhem attraction, a new Minion Café and other surprises inspired by popular characters from Illumination’s blockbuster franchises."

Whether Universal fans like Minions or not, this is an exciting development when taking into account the current landscape of Orlando’s Resorts, particularly when looking through the lens of Universal vs. Disney.

The Walt Disney World Resort and Universal Orlando Resort must exist together; the draw of two large-scale theme parks in the same area works in both their favor. However, Universal is already well underway with its development of Universal Epic Universe, a brand-new complete theme park — featuring Super Nintendo World — joining Universal’s roster opening in 2025, and this addition of a new attraction, Land “and other surprises” is yet another example of why Disney needs to power forward with inserting newness in the Disney Parks.

Sure, TRON Lightcycle / Run is set to open in Spring next year, but let’s not forget that this was announced at the D23 Expo in 2017. Guardians of the Galaxy: Cosmic Rewind and Remy’s Ratatouille Adventure have debuted at EPCOT, as well as new restaurants like Space 220, and then there’s the Star Wars: Galactic Starcruiser. But, when looking at the competition, Universal is making waves, and Guests seem to know it too when it comes to larger-scale updates. Lands, theme parks, and attractions; at this year’s D23 Expo in Anaheim, Disney Parks chief Josh D’Amaro, presented “blue sky” ideas for the Resort, and while the thought of Coco, Villains, Encanto, and Zootopia-themed areas is enough to excite any Disney fan, it wasn’t concrete and it wasn’t confirmed.

Do you think Disney needs to step it up when it comes to new Lands, attractions, and even theme parks? Let us know in the comments down below!