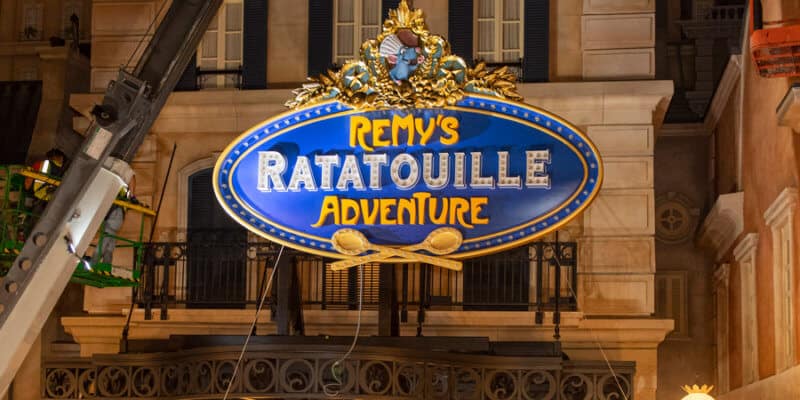 When you shrink to the size of a rat to ride Remy’s Ratatouille Adventure at EPCOT, things might not go as planned!

According to the Guest, the Disney Genie recommended that they wait until after 4 p.m. to get in the standby line for Remy’s Ratatouille Adventure. Unfortunately, the ride broke down sometime between 3 and 4 p.m.

It reopened two hours later, and the Guest got in line around 6:30 p.m. The Guest reported a posted wait time of 45 minutes but knew that everyone in EPCOT would be rushing to the recently reopened ride and expected to wait longer.

“I went on to wait 2 entire hours in (a badly themed, lacking fans) line,” the Guest said.

Around 8:30 p.m., Remy’s Ratatouille Adventure broke down again. After waiting two hours in a hot, primarily outdoor queue, Guests were frustrated. One woman reportedly had a panic attack as she couldn’t figure out how to leave, and other Guests began chanting, “Let us in.” From u/salty_sam17:

Then the ride shut down again at 8:30, and the announcement says to find a CM, however none of us can, and no one is moving forwards or backwards in line. People are leaving from doors marked for emergency exit, but a CM tells them to find another one as it leads backstage, including a woman having a panic attack from the crowding.

As for the line, it’s mostly outside, or a long hallway of blank walls and hairpin turns. We got to a scene themed like Paris, which made us think we were somewhat close to the ride itself, but no dice. Multiple hallways after that too.

This was the first time ever in my life I’ve heard a chant break out (“Let us in”,”Lightning Lane!) from adults in line

When the Guest finally found a Cast Member, they received a Lightning Lane for any attraction in the Park except Guardians of the Galaxy: Cosmic Rewind and Frozen Ever After.

Unfortunately, because it was so close to EPCOT’s closing, the Guest didn’t use the Lightning Lane pass:

Didn’t use it in the end because what else is worth it at 9pm?

Feel like you’ve shrunk down to Chef Remy’s size for a 4D culinary adventure based on the Disney and Pixar film “Ratatouille.” When you’re small, life is a big adventure!

Have you ridden Remy’s Ratatouille Adventure in the France World Showcase Pavilion at EPCOT? Let us know what you thought in the comments.