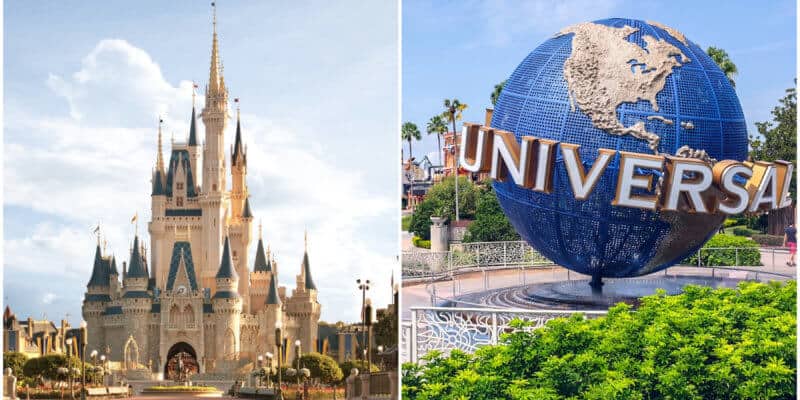 Universal is gaining on “The Most Magical Place on Earth.”

Rides like Jurassic World VelociCoaster and Hagrid’s Magical Creatures Motorbike Adventure are great examples of this. And speaking of attendance, Universal Studios just blew Walt Disney World out of the water.

The 2021 theme park attendance report was released, and we can see some interesting movement. Attendance was unsurprisingly up at both the Disney Parks and Universal Resort compared to 2020 numbers, but Universal Orlando saw significant shifts in its Guest numbers.

Universal Studios Florida (8.99 million) and Universal’s Islands of Adventure (9.1 million) outpaced estimated attendance at Disney’s Animal Kingdom (7.2 million), EPCOT (7.7 million), and Disney’s Hollywood Studios (8.6 million). Only Magic Kingdom (12.7 million) beat either of the Universal Parks. This is not entirely surprising, as Magic Kingdom is one of the most popular theme parks in the entire world.

In response to these fantastic numbers, Universal Studios shared the statement below from its official Twitter account:

A simple statement but a pretty humble one, and with Epic Universe on the way, we wouldn’t be surprised if Universal Studios beats out the Walt Disney World Resort entirely pretty soon.

At this point, Universal Orlando has not announced anything in terms of what will be housed in the theme park other than Super Nintendo World. However, from permits and construction, there are strong rumors that the theme park will have a Classic Monsters Land, a How To Train Your Dragon land, and an addition to the Wizarding World of Harry Potter, rumored to be Ministry of Magic.

Universal Orlando, home to Universal Studios Florida, Universal’s Islands of Adventure, and Universal’s Volcano Bay, houses many iconic attractions that draw millions of visitors each and every year, including rides like E.T. Adventure Ride, Revenge of the Mummy, the all-new Jurassic World VelociCoaster, Jurassic Park River Adventure, and many more.