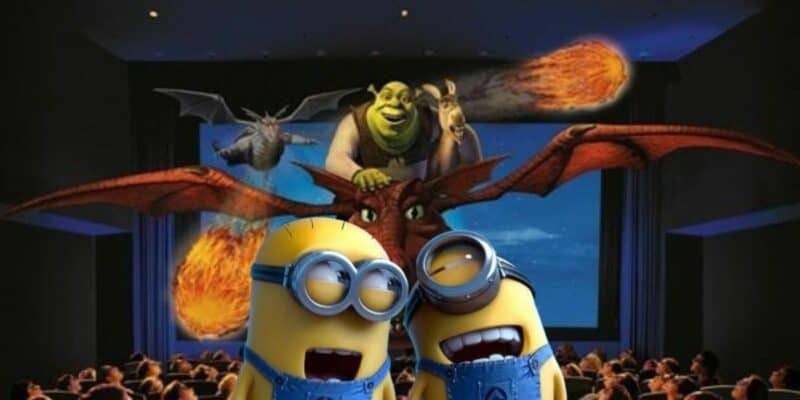 While the biggest construction project happening at Universal Orlando Resort is the Epic Universe, that doesn’t mean that it’s the only project currently taking place.

While Universal Park fans are counting down the days until 2025 when the Epic Universe opens, there are also a couple more major attractions and experiences coming to Universal Studios Florida that will reportedly be open before the Epic Universe.

According to reports from Alicia Stella at Orlando Parkstop, Universal is in the midst of construction for a Villain-Con attraction based on The Minions movie. The ride is rumored to be a moving walkway attraction in which Guests will be taken through different rooms on the moving walkway, and there is reportedly even going to be a blaster section where points can be registered, just like MEN IN BLACK: Alien Attack.

Of course, the attraction will be different because you’ll be on the moving walkway throughout your experience.

In an update, Stella shared that the attraction is rumored to dump Guests off in a gift shop, which will be right across the street from the Minions gift shop that is currently already located in Universal Studios Florida.

If you have grown accustomed to how long it takes for certain attractions to be built, you may be thinking this is further into the future. However, the report indicates that the hope was originally to open this attraction in 2022 along with the movie Minions: The Rise of Gru, and that it is likely now slated to be open next year, in 2023.

In addition to the Minions attraction, we’ve previously shared that a Minions Cafe is rumored to take over the space where the Classic Monsters Cafe used to reside.

At this time, Universal has not confirmed any of these rumors. However, the Minions-themed construction walls that have gone up around the building where Shrek 4-D used to reside, as well as around the Classic Monsters Cafe, give a pretty good indication that the rumors are true.

What do you think of this new Universal Orlando attraction? Let us know in the comments!