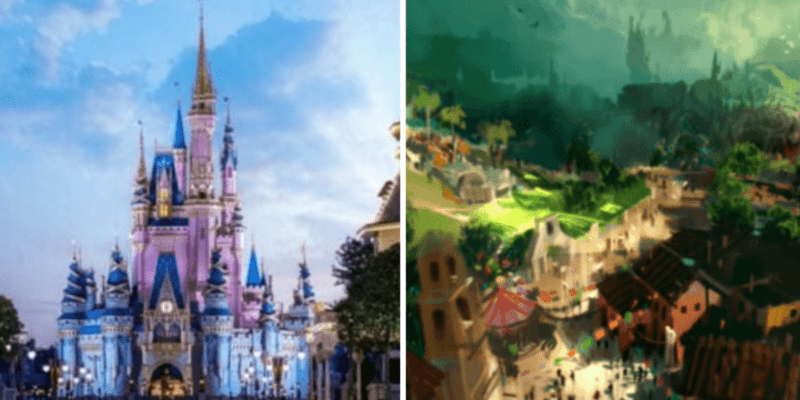 Walt Disney World Resort is home to many iconic attractions that draw millions of Guests from around the world to the Parks.

Disney World and Disneyland are constantly looking to improve Guest experience and one of the ways this is done is through expansion.

Disney has presented some ideas on what fans might expect in the future at Walt Disney World Resort, but much of it still remains up in the air.

New attractions you can already experience at Walt Disney World

If you’ve been to Disney in the past few years, you’ve probably already noticed some of the newest attractions to grace the presence of Disney fans.

Here’s a look at some of the newest attractions:

The land is home to two attractions, Star Wars: Rise of the Resistance and Millennium Falcon: Smuggler’s Run. Galaxy’s Edge gives Disney Park Guests an opportunity to “live your Star Wars adventure in a Galaxy Far, Far Away.” In addition to the two world-class attractions, you can buy exclusive merchandise, meet special characters from the saga, and build your own droid and lightsaber.

The darling duo (Mickey Mouse and Minnie Mouse) are taking a leisurely drive to a picnic in their sporty roadster—with Engineer Goofy’s train following merrily along. Plot twist—you get to go, too! Climb aboard a runaway railway and embark on a whirlwind ride through a world where the rules of physics don’t apply. Prepare for unexpected twists, slapstick gags and mind-boggling transformations at every turn, as Mickey and Minnie try to save the day.

In addition to some of these new rides, there’s much more on the horizon for the Disney Parks.

What’s next for Magic Kingdom at Walt Disney World Resort

The biggest new attraction coming to Magic Kingdom is none other than TRON: Lightcycle/Run. The roller coaster attraction in Tomorrowland has been under construction for several years now.

The new attraction is set to open in the spring of 2023, but an exact date hasn’t been announced as of yet.

But, that’s not all that’s expected to happen at Magic Kingdom soon.

Disney announced that Splash Mountain will be closing permanently on January 23, 2022 to make way for Tiana’s Bayou Adventure. This new attraction will open in 2024, meaning that Magic Kingdom will welcome new attractions to its Park in back-to-back years.

These aren’t the only plans for expansion, though.

Disney has been talking about “what’s beyond Big Thunder Mountain” and a massive land expansion is set to hit the theme park at some point in the future. There has been talk over what it will entail– as Encanto, Coco, and Disney villains have all been teased by Disney– but it’s clear that Disney plans to do something in the future with the land beyond Frontierland.

What’s next for EPCOT at Walt Disney World Resort

Magic Kingdom isn’t the only Disney Park with plans for the future.

EPCOT just introduced two new attractions in Remy’s Ratatouille Adventure and Guardians of the Galaxy: Cosmic Rewind, but that’s not all.

The Disney Park is currently constructing the World Celebration Neighborhood, and with this we’ll see Journey of Water, Inspired by Moana. The exact opening date for this attraction and area in EPCOT hasn’t been announced yet, but it is likely to come next year at some point.

There have been rumors that EPCOT might make an expansion to its World Showcase with another country, but that hasn’t been confirmed and looks as if it won’t be on the docket for the near future.

Outside of Magic Kingdom’s massive expansion rumors, Disney’s Animal Kingdom might have the biggest plans in the works of any Disney Park.

Disney added Pandora: The World of Avatar to Disney’s Animal Kingdom back in 2017, but that’s not the only expansion expected in the future.

DinoLand, U.S.A. has closed and there are many rumors on what might be taking over the area. DinoLand U.S.A. was home to the thrilling dark-ride attraction, DINOSAUR, as well as TriceraTop Spin, and the carnival-style area, Fossil Fun Games. In June 2020, the DinoLand U.S.A. coaster, Primeval Whirl permanently closed at the Orlando Disney theme park and since then demolition has moved slowly at the Disney Resort.

At D23 this past September, Disney shared that there were two major ideas on the table for the area’s replacement. One was Coco and the other was Zootopia.

A Zootopia-themed area seems to be the stronger of the two ideas right now, but nothing has been confirmed. If this area were to turn into a Zootopia area, this would likely mean the end of the attraction DINOSAUR. As of right now, however, Disney has not confirmed what is next.

Disney’s Hollywood Studios received the biggest of any of its expansions when it opened Star Wars: Galaxy’s Edge. The Disney Park also, in the last decade, added Toy Story Land— which features Slinky Dog Dash– and Mickey & Minnie’s Runaway Railway.

While not all fans are pleased with the changes, these have added new attractions to the Park. There hasn’t been any talk right now of new expansions on the horizon for Disney’s Hollywood Studios, and it seems that Disney is looking more toward its other Parks for now.

How soon could a new expansion happen at Walt Disney World Resort?

With none of these expansions being confirmed, it would stand to reason that we could still be a year or more out from the project being officially announced. From there, even when construction begins, you’re talking about years down the road.

Universal Orlando has been working at hyper-speed to open the Epic Universe in 2025, and this expansion might be Disney’s response to that. As a matter of fact, most believe that Disney will respond to Epic Universe with some kind of expansion as competition heats up in Orlando.

With TRON Lightcycle/Run opening in 2023 and Tiana’s Bayou Adventure opening in 2024, Disney may be looking to begin construction on a Magic Kingdom land expansion at some point towards the end of next year (or the beginning of 2024) with the sights on opening in late 2025 or 2026.

As far as the Animal Kingdom expansion is concerned, we may be looking at a similar timeframe.

It’s important to note, however, that all of this is just speculation and no one will know how long an expansion will take to be constructed, even after it is officially announced.

When could Disney World build a new theme park altogether?

Of course, the biggest expansion idea from fans is a whole different theme park in and of itself. Disney Park fans have begged for a fifth gate to be built at Walt Disney World Resort for quite some time, but those wishes have not come to fruition as of yet.

Many fans believe that adding a fifth gate could help Disney better control crowds, but as of right now, there are no plans in the works for a fifth theme park to be constructed. At least, not for now.

This doesn’t mean that they might not reconsider this in the future, but we’d expect a Magic Kingdom expansion and an expansion at Disney’s Animal Kingdom to be completed before Disney ever announces that it is building a fifth theme park at Walt Disney World Resort.

It’s not to say that it couldn’t happen in the future, but this is something that likely wouldn’t happen for many years down the road, we’re talking a decade or more.

What are your expectations for Walt Disney World Resort as the company looks towards expansion? Let us know in the comments!