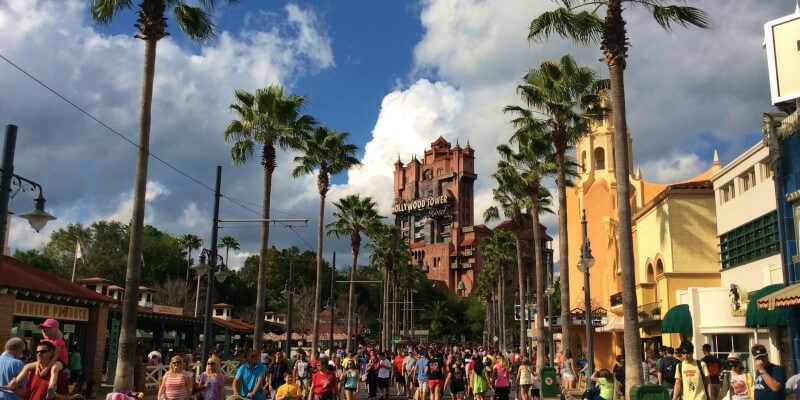 Disney Park Guests are upset by Disney’s Hollywood Studios, which many have tabbed as being “broken.”

Walt Disney World Resort is home to four world-class theme parks in Magic Kingdom, EPCOT, Disney’s Animal Kingdom, and Disney’s Hollywood Studios that draw millions of Guests from all around the world each and every year.

There’s so much to see and experience when visiting Disney World as there are so many magical rides, popular intellectual properties (IPs), and much more.

However, it seems that many Disney Park fans have grown sour on one theme park, in particular. Of course, we’re talking about Disney’s Hollywood Studios.

So, before we take a look at what Guests are saying about the theme park, let’s take a look at Disney’s Hollywood Studios and what you can expect when visiting the Park.

Here’s a look at all the attractions you can enjoy at the Disney Park:

Some of the major attractions that you simply can’t miss are in Toy Story Land with Toy Story Mania! and Slinky Dog Dash, and then down Sunset Boulevard with Twilight Zone Tower of Terror and Rock ‘n’ Roller Coaster Starring Aerosmith.

One of the most magical offerings at Disney’s Hollywood Studios has yet to return at the time of this writing. Fantasmic! is slated to return later this year– and tests are being done now– but the nighttime spectacular has not returned as of yet.

Of course, who could forget the epic new land in Hollywood Studios?

You Can Experience Star Wars: Galaxy’s Edge at the Disney Park

Star Wars: Galaxy’s Edge has become one of the single biggest attractions in all of Walt Disney World Resort. It truly is completely immersive and impressive for those who are visiting, whether it be their first time or their 100th time.

Explore a land where you can live your own Star Wars story in a galaxy far, far away.

Star Wars: Galaxy’s Edge at Disney’s Hollywood Studios transports you to the village of Black Spire Outpost on Batuu—a remote trading planet that acts as one of the last stops before Wild Space.

Step into this exciting planet. Explore exotic shops, restaurants, back alleys, hidden Resistance rendezvous areas and even a First Order base. Sample curious concoctions at the local cantina, snack on favorite galactic foods, shop for ancient antiquities and build your own customized droid or lightsaber.

Gather your crew and take control of the fastest hunk of junk in the galaxy on Millennium Falcon: Smugglers Run. Blast off into hyperspace and experience an adventure beyond your dreams.

On Star Wars: Rise of the Resistance you join the Resistance in an epic battle against the First Order. This massive, multi-platform, new ride is unlike anything you’ve ever experienced at Walt Disney World Resort… or anywhere else in the galaxy!

Plus, enhance your visit to Star Wars: Galaxy’s Edge when you download the Play Disney Parks app for interactive adventures throughout Black Spire Outpost.

Why are Disney fans upset with Disney’s Hollywood Studios?

With so much to enjoy at Hollywood Studios, it is surprising that so many Disney fans have expressed backlash against the Park. But, it’s not for the reason that you might think.

One Disney fans, Disney Clips Guy, shared that though the offerings in the Park are absolutely stunning, the problem resides in its size.

I totally love the park but when the wait times are ridiculously long 1 hour after open, it may explain why it doesn’t come close to a top 10 park. Sad, because it is so amazing. #HollywoodStudios #WaltDisneyWorld #DisneyParks

I totally love the park but when the wait times are ridiculously long 1 hour after open, it may explain why it doesn’t come close to a top 10 park. Sad, because it is so amazing. #HollywoodStudios #WaltDisneyWorld #DisneyParks pic.twitter.com/9PQSxZQ4FG

Because of the relative “smallness” of the Park compared to others, Hollywood Studios sees its wait times skyrocket, especially for popular attractions like Star Wars: Rise of the Resistance and Mickey & Minnie’s Runaway Railway.

Many Guests have also expressed their displeasure with the theming of Rock ‘n’ Roller Coaster Starring Aerosmith. The ride has been subject of rumors for years relating to a retheme, but one has not yet come. Many Disney fans have held out hope that the attraction could be rethemed to Powerline from the beloved animated film A Goofy Movie.

“He needs a permanent home at WDW! Rockin Rollercoaster should be a powerline theme!,” one fan recently shared.

At this time there is no word if Rock ‘n’ Roller Coaster will be rethemed, but Inside the Magic will report if anything changes.

Some of the backlash surrounding Hollywood Studios still pertains to many changes that were made, including removing the iconic Sorcerer’s hat from the middle of the Park. Now, many say that theme park lacks an icon.

No matter what the reason, it just seems that many Disney fans have different observations about the Park that make it less appealing to them than you might think on the surface.

How to Navigate Disney’s Hollywood Studios

There’s no definitive answer for how to best navigate a Disney Park because it all depends on the preferences of your family, but there are a few tips that can help you along the way.

1. If you want to ride Rise of the Resistance, do it early or late

Rise of the Resistance is typically the longest wait of the day in all of Walt Disney World Resort. This means you either need to ride it in the morning to avoid huge wait times or play the “wait game” and perhaps elect to stay late in the Disney Park and catch a ride on it after the day has passed.

2. Sunset Boulevard can be very open in the mornings

If you don’t mind riding thrill rides in the morning and can skip the Star Wars stuff, Sunset Boulevard– where Twilight Zone Tower of Terror and Rock ‘n’ Roller Coaster Starring Aerosmith are located– are there for the taking. You can ride both with relatively low wait times before the crowds get there.

It may be tempting for you to skip out on the shows that are offered at Hollywood Studios to take in another ride or use your time waiting in line for another popular attraction. Don’t do it.

There are so many people who aren’t even aware that there is a Beauty & the Beast Live On Stage show. Don’t skip that one and don’t skip Indiana Jones Epic Stunt Spectacular. They’re great chances to get off your feet and you’ll come away extremely impressed, as well.

What do you think of Disney’s Hollywood Studios? Let us know in the comments!