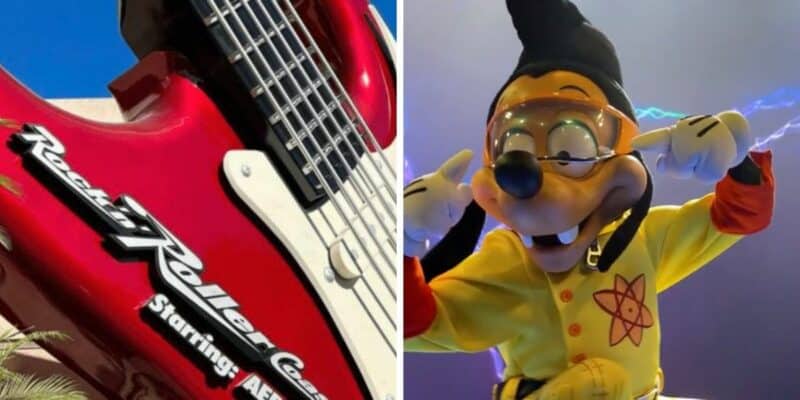 The roller coaster is loved by many, but talk of a possible retheme has been an ongoing topic amongst fans, especially last year when the iconic Rock ‘n’ Roller Coaster guitar could not be seen from afar and, instead, giant brown scaffolding blocked it.

Although the guitar just underwent a refurbishment, and a Disney social media post indicates the ride is here to stay, some fans still wish for a retheme, especially after Powerline Max made his debut at Mickey’s Not-So-Scary Halloween Party.

Rock ‘n’ Roller Coaster Starring Aerosmith is currently themed to, of course, Aerosmith, but fans are now talking about a possible Powerline theme after Powerline Max officially made his debut at Mickey’s Not So Scary Halloween Party.

On a TikTok video shared by pagingmrmorrow of Powerline Max at Mckey’s Not-So-Scary, Disney fans are commenting saying that having Powerline Max finally debut at the Parks could what Disney needed to see if retheming Rock ‘n’ Roller Coaster to Powerline could work.

He needs a permanent home at WDW! Rockin Rollercoaster should be a powerline theme!

To which another Disney fan and TikTok user replied:

THIS NEEDS TO HAPPEN

YES THAT WOULD BE AMAIZNG

Others think a Powerline movie may be in the works and that is why Powerline Max made his debut all these years later:

At this time there is no word if Rock ‘n’ Roller Coaster will be rethemed, but Inside the Magic will report if anything changes.

Do you think Disney should retheme Rock ‘N’ Roller Coaster? Let us know in the comments below.