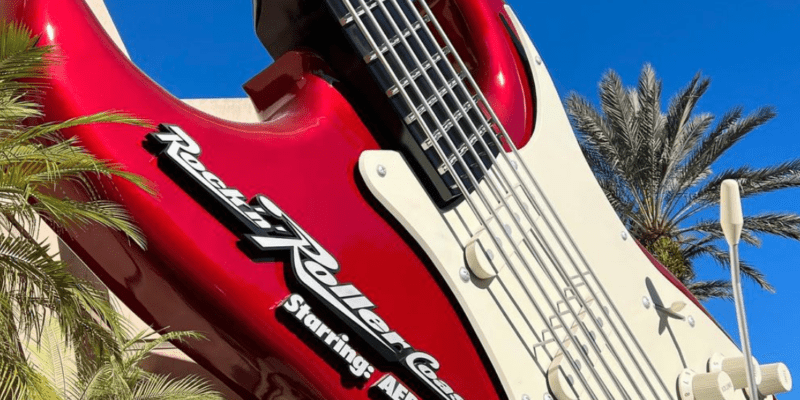 The roller coaster is loved by many, but talk of a possible retheme has been an ongoing topic amongst fans, especially last year when the iconic Rock ‘n’ Roller Coaster guitar could not be seen from afar and, instead, giant brown scaffolding blocked it.

Although the guitar just underwent a refurbishment, and a Disney social media post indicates the ride is here to stay, some fans are still imagining what a retheme could look like for Rock ‘n’ Roller Coaster Starring Aerosmith.

In this first Tweet, we can imagine what Rock ‘n’ Roller Coaster would look like if we were heading to a Hannah Montana concert.

In this second Tweet in the thread, imemegination overlayed the Wizards of Waverly Place theme song, showing fans what this retheme could look like.

For those of you who are fans of Austin & Ally, here is a video of what this retheme would look like.

There are so many more videos included in this thread including Good Luck Charlie, Kim Possible, Shake It Up, and more. You can check out the full Twitter thread here.

Do you think Disney should retheme Rock ‘N’ Roller Coaster? Let us know in the comments below.