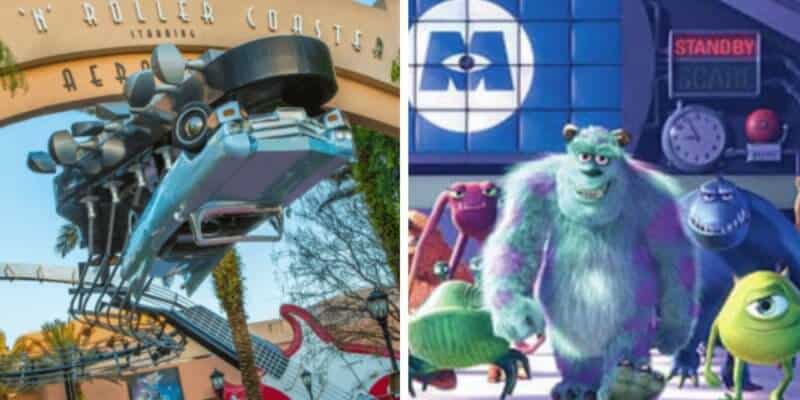 Rock ‘n’ Rollercoaster starring Aerosmith was built 22 years ago, and even all these years later, the launch coaster holds the same popularity and fandom it did the day it opened.

That being said, Rock ‘n’ Rollercoaster uses Aerosmith as the band that all of us Guests want to come and see, and when you are riding the coaster, it is Aerosmith music that blasts in your ear. Aerosmith is still a famous band and well-known, but their pinnacle was in the late ’90s, and at times, Guests have brought up the idea of retheming the attraction to a different group.

Although I love hearing “Rag Doll” play while I loop through a sprinkled donut, we decided to ask some of you what group you would want to replace Aerosmith if Disney did fix it. Before we even begin, let us preface that many Disney fans do not want to see Aerosmith changed as the band involved in the coaster — so there are still plenty of us who love it the way it is.

First, let’s discuss a majority of the different music groups mentioned, and then, we will look at rethemes as a whole as well.

It seems that no matter what music group was to be showcased on the coaster, almost every suggestion still stuck with the theme that it was a rock band. Some popular choices were:

Stepping away from the rock ‘n’ roll vibe, we have options such as:

However, some Guests would be interested in seeing an entire retheme of the coaster. The most popular suggestion noted above was to give the ride a Monsters Inc. overlay, which would work in the park, but I wouldn’t love that location for a big E-ticket Pixar attraction. Some other suggestions included Phineas and Ferb and creating a WWE-themed coaster.

Iron Man was mentioned likely because, in Disneyland Paris, we just saw their version of Rock ‘n’ Roller Coaster Starring Aerosmith close down for a complete refurbishment as of September 1, 2019. The attraction went down to be reimagined as an Iron Man-themed coaster to include more Marvel at the park (Walt Disney Studios will have its version of Avengers Campus). Disney is creating many Marvel-based additions to its parks, including Avengers Campus in Disneyland Resort. Disney has also proven that they have no issue removing a classic ride such as Tower of Terror to replace it with current and more popular IP, as in Guardians of the Galaxy – Mission: BREAKOUT! at Disney California Adventure.

The official description of the Disney World attraction reads:

At the beginning of the year, Disney re-vamped the posters in front of the attraction, so it does not look like any change is coming to Rock ‘n’ Rollercoaster Starring Aerosmith anytime soon.

If you were to replace Aerosmith, who or what else would you choose to feature on the coaster?