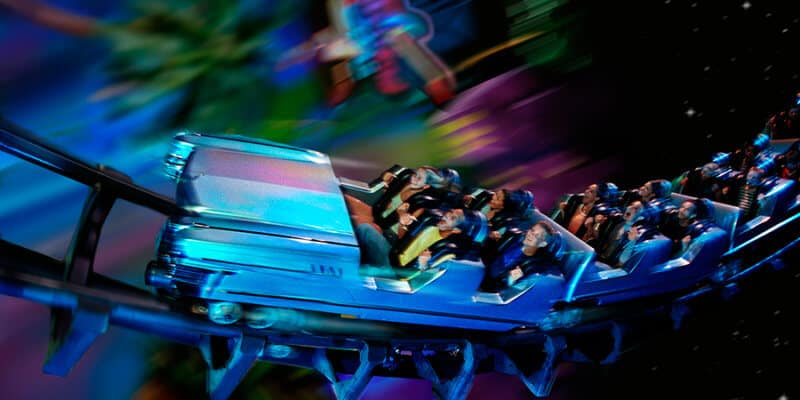 Have you ever been in line for a Disney Parks attraction and a Cast Member comes over the loudspeaker and tells you the ride is down? Well, it looks like this happened today as one popular ride in Walt Disney World was down for the count once again.

As we previously reported earlier this year, Rock ‘n’ Roller Coaster at Hollywood Studios was experiencing technical difficulties for several days in a row. In fact, the popular ride in Walt Disney World came to a halt for five days in January, but Guests were able to ride this high-speed and thrilling coaster once again on January 6.

Today, we noticed that there may be some more issues persisting with the Hollywood Studios’ coaster.

As you can see in the screenshot below, the My Disney Experience app was showing Rock ‘n’ Roller Coaster with no wait time and informing Guests it was “temporarily closed” just after 1 p.m. today.

We also noticed a tweet from WDW Stats that this ride was down since 12:30 p.m. and explained:

With Guests having to wait for word on whether the ride will even be available today, we have some good news to share — The ride is now back up and running. According to WDW Stats on Twitter, Rock ‘n’ Roller Coaster starring Aerosmith was down for almost an hour:

At this time, we are unaware of what caused the downtime, but it’s important to mention rides and attractions can experience technical issues from time to time so make sure to check the My Disney Experience app regularly for the most up-to-date wait time information.

After reviewing the current wait time status for this ride, it looks as though Guests only had to wait 30 min as of 1:40 p.m. to enjoy this thrill-seeking ride. This may change so again, make sure to check the posted time on the sign or on My Disney Experience.

Do you love living in the fast lane? For those of you who are unaware, this coaster in Hollywood Studios takes you on the ride of your life through the city of Hollywood and the streets of Los Angeles, in a super-stretch size limo.

The official Disney World website describes this ride as:

Have you ever ridden Rock ‘n’ Roller Coaster? Let us know in the comments below.

Are you planning on visiting Walt Disney World soon? Our friends at Academy Travel can help, click here for more information.