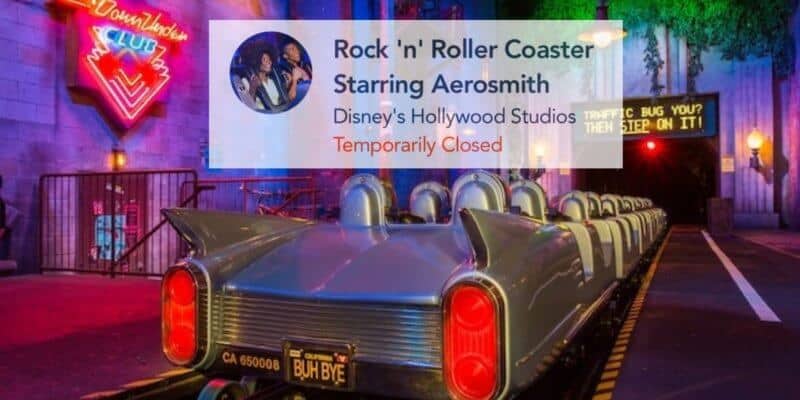 Rock ‘n’ Roller Coaster is a high-speed coaster at Walt Disney World that brings Guests on a high-speed “tour” of Hollywood as they must get to Aerosmith’s concert on time.

Well, it looks like Rock ‘n’ Roller Coaster isn’t off to a great start in 2021 as it has experienced prologued downtime both January 1 and January 2 due to technical difficulties. The attraction remained closed all day on January 1, and as of 1:30 PM EST on January 2, it is still listed as temporarily closed, which you can see in the My Disney Experience app.

At this time we aren’t sure what is causing this prolonged downtime, but attractions can experience technical difficulties from time to time. Inside the Magic will continue to update you as we get information regarding this popular attraction.

In the meantime, Guests can experience several other rides located at Disney’s Hollywood Studios including Tower of Terror which is right across the way from Rock ‘n’ Roller Coaster, Slinky Dog Dash and Toy Story Mania in Toy Story Land, or Millenium Falcon: Smugglers Run or Rise of the Resistance at Star Wars: Galaxy’s Edge.

Additionally, Disney World brought back Park Hopping for 2021 and so Guests can visit one of the other theme parks — Magic Kingdom, EPCOT, or Disney’s Animal Kingdom — after 2 PM, so long as capacity allows. To find out how to check the capacity at each theme park, visit our website here.