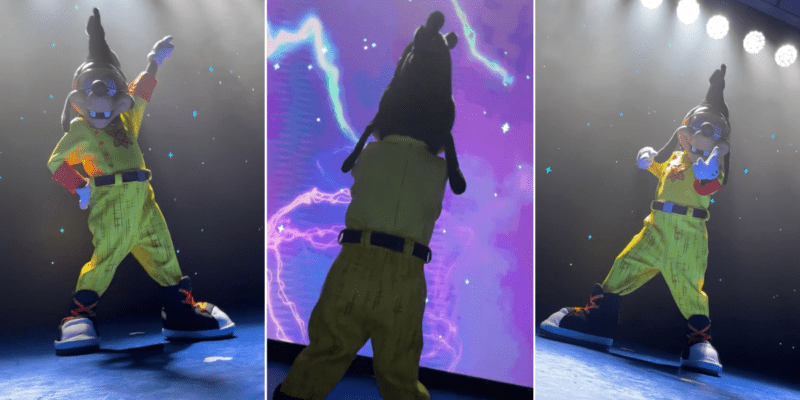 Credit: Screenshots via @disneyparks on TikTok

For the first time ever, Guests will be able to meet a fan-favorite character during this year’s Mickey’s Not So Scary Halloween Party!

Disney recently announced the upcoming debut of the fan-favorite character Max Goof dressed as no other than Pop icon Powerline. The announcement was made through the Disney Parks (@disneyparks) TikTok account, with Max showing off some of his best dance moves and his iconic Powerline outfit.

The video has since been shared across Disney Parks’ social media accounts and has received a massive amount of love from fans who are eager to see Powerline Max eye to eye at this year’s celebrations of Mickey’s Not So Scary Halloween Party.

This means that Guests attending the seasonal event will have the chance to get on their feet and dance along with Powerline Max and his 90’s crew to some of the best Powerline hits like “I2I,” “Stand Out,” and “After Today” before enjoying the hauntingly fun Mickey’s “Boo-to-You” Halloween Parade.

Get into the spirit of Halloween when you attend this frightfully fun parade.

Catch a glimpse of dastardly villains, ghastly ghouls and a few other iconic Characters as they float by during this spellbinding parade.

Twice nightly, this beloved cavalcade brings forth an assortment of fiendishly fun floats, as each land of the Magic Kingdom comes together to celebrate during Mickey’s Not-So-Scary Halloween Party—offered on select nights from August 12 through October 31, 2022.

Disneyland Resort also announced that new characters would be arriving at the Park in time to celebrate the Oogie Boogie Bash, but at the moment has not confirmed who these villainous new additions will be. You can read more about Oogie Boogie Bash here.

Are you excited to meet Powerline Max during Mickey’s Not So Scary Halloween Party? Let us know in the comments below!