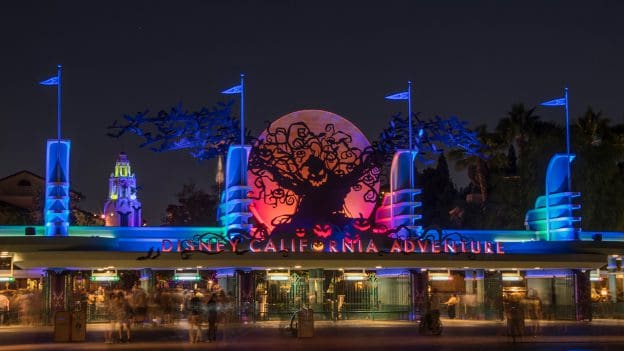 Disney Parks always celebrate the holidays with a bang, and this year won’t be any different. We just revealed that Disney will be bringing back Mickey’s Not-So-Scary Halloween Party this year at Disney World’s Magic Kingdom after the pandemic left the party on a hiatus, and now we have Disneyland news!

Oogie Boogie Bash – A Disney Halloween Party is one of the most sought out events for Disneyland Guests. The party is filled with parades, shows, candy, decor, music, and more. Guests can talk to their favorite Disney characters, as well as meet all the villains that plague Mickey’s nightmares, and now, we can confirm it will return!

At the moment, Disney has only announced the following:

First up … we are thrilled to confirm that Oogie Boogie Bash – A Disney Halloween Party, will officially return this upcoming Halloween season! This separately ticketed, limited-capacity, after-hours event at Disney California Adventure park is a seasonal guest favorite, and we’re delighted to share that it will be returning on select nights in fall 2022.

So, it seems that the exact dates are still waiting to be announced, however, it is great to know that the event will be returning in full force!

Oogie Boogie Bash — A Disney Halloween Party will be held at Disney California Adventure at the Disneyland Resort this year. The event — which first debuted during the 2019 Halloween season but was unable to be held in 2020 due to the theme parks closures amid the ongoing pandemic — quickly became a Guest-favorite separately ticketed party at the California Disney Resort.

Last year, tickets for Oogie Boogie Bash went on sale on July 13, and the first official event night is September 9. It only took a matter of weeks — a little over one month — for all 25 Halloween party nights to sell out, all before the event even began for the season. Clearly, there is high demand for this Disney Halloween party.

Below is the official description for Oogie Boogie Bash from last year:

Do you plan on attending Oogie Boogie Bash?