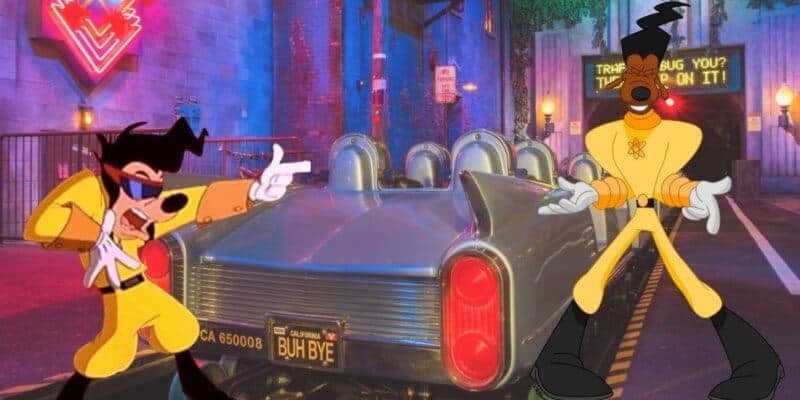 Rock ‘n’ Roller Coaster is a fan-favorite coaster located inside Hollywood Studios at Disney World and is themed to the legendary rock band Aerosmith. But what if Disney had a missed opportunity by utilizing Aerosmith as the focus of this ride? What if instead of rushing to an Aerosmith concert, Guests could have rushed to a Powerline concert?

Here is why I think Disney should have themed Rock ‘n’ Roller Coaster to A Goofy Movie instead of Aerosmith.

In case you’ve never seen A Goofy Movie, the official description of the film reads:

“A Goofy Movie” is a classic blend of irresistible characters, unforgettable music, and an endearing modern-day story about how the lovable Goof bonds with his teenage son Max on a hilarious cross-country road trip. En route to the ol’ fishing hole, they find themselves up to their floppy ears in misadventure!

In the film, Max wants to go to a concert for his idol: Powerline, the music sensation who sings the hit songs “Stand Out” and “I2I.”

For starters, in case you aren’t familiar, Rock ‘n’ Roller Coaster is a high-speed coaster located inside Disney’s Hollywood Studios at Walt Disney World in Florida.

Why the theme should have been A Goofy Movie

First, A Goofy Movie came out in 1995, and Rock ‘n’ Roller Coaster opened in 1999. Having the movie debut just four years prior to the ride opening, Disney could have promoted A Goofy Movie way more than they did. This film is considered underrated by so many, and if Disney wanted to have more success with it, this is one way they could have grabbed more attention. By opening up a coaster themed to Powerline, Disney could have continued to use an attraction in the parks to promote an animated film rather than a rock band.

Additionally, as I previously mentioned, this film is considered to be so underrated by many fans. People ask for more of this film to be promoted within the theme parks even nearly 30 years later. If this film is still being talked about without having being promoted, imagine how big of a hit this film could have been if Disney made Rock ‘n’ Roller Coaster themed to a Powerline concert instead of Aerosmith?

Plus, the attraction could take Guests on a road trip with Max and Goofy while playing “I2I.” How amazing would that be?

What do you think? Did Disney miss an opportunity by not theming Rock ‘n’ Roller Coaster to Powerline? Let us know in the comments below.