After nearly two months of removal piece-by-piece, the giant Sorcerer Mickey Hat at Disney’s Hollywood Studios is finally no more, revealing the Great Movie Ride Chinese Theater facade behind it in clear view.

The hat was added as part of the 100 Years of Magic celebration around 15 years ago and has since remained the park’s primary icon. But as its final pieces were removed this week, Walt Disney World Guests got the first glimpse of what the park looked like back when it first opened.

Over the last few weeks, we’ve been capturing video of its reveal to create a fun time-lapse showing just what it looked like at each step along the way until it was finally gone just a couple of days ago. Watch below to see how this once bright blue, bold structure disappeared. 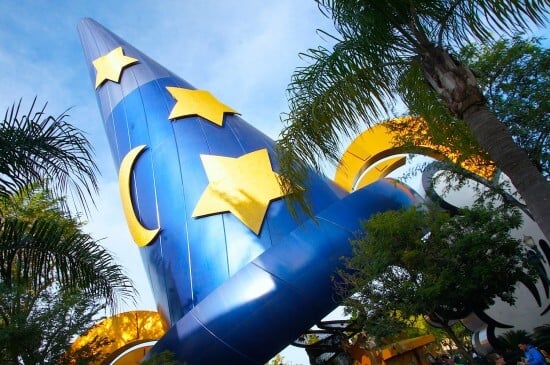