Splash Mountain Destroyed Prior to Its Permanent Closure - Inside the Magic 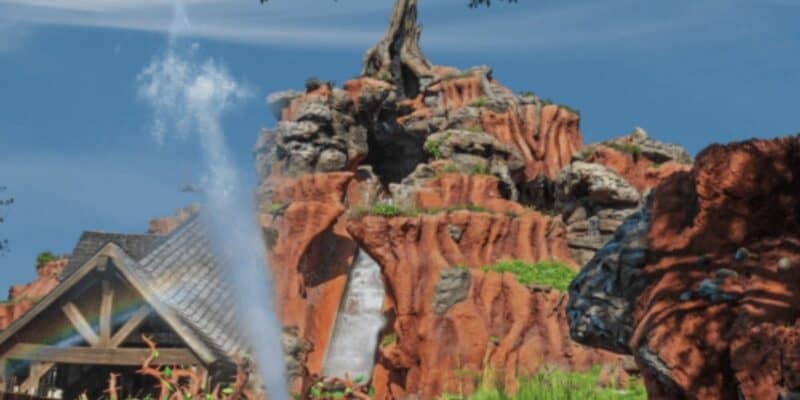 Splash Mountain has been a mainstay at Magic Kingdom. However, the theming of the Disney Park ride– based on the controversial movie Song of the South (1946)– led Disney to reconsider its place in the Parks and, ultimately, made the decision to retheme to Princess and the Frog (2009).

The announcement that the retheme would be coming happened nearly three years ago, but nothing had been confirmed about when the change would actually happen.

Earlier this year, Disney announced that the attraction would no longer be called “Splash Mountain” and that the new name for the rethemed ride would be “Tiana’s Bayou Adventure.”

This week, Disney confirmed that  Splash Mountain will be closing at Walt Disney World on January 23, 2023.

Splash Mountain has already been decimated

Even though the closure is a little more than a month away, it’s clear that Splash Mountain itself has already been decimated.

Over the last year, Disney Park Guests have noticed animatronics malfunctions and lighting getting progressively worse on the attraction. Animatronics are no longer working in certain areas of the attraction and there have been a noticeable amount of reports pertaining to sinking or overly-submerged logs at the attraction, as well.

Disney closed Splash Mountain at the beginning of 2022 for several weeks, but ultimately didn’t make any theming changes. It’s clear the company didn’t find it important to make any kind of update or fix things that were already not working. Instead, it seems the closure was more to ensure that the technical aspects of the ride itself– ie. tracking, ride operations, and more– were taken care of.

With all of these issues already on-hand, it’s almost as if Guests have witnessed Splash Mountain being destroyed right before their eyes. There was no reason for Disney to replace things on the dated attraction when the company knew it was going to move away from it in the future and, as a result, we’ve seen a water ride that has left much to be desired, especially over the last year.

At this time, Disney has not announced when the attraction will close at Disneyland Resort and, for now, it seems that Splash Mountain will still be open in January in Anaheim.

Disney previously shared these details about the reimagining to The Princess and the Frog:

It’s unclear if Disney will leave any easter eggs from the previous attraction, and all we know is that the ride path and style will likely be similar. This will still be a water ride with a plunge at the end. Other than that and the details you read above, Disney has not released any more information.

Tiana’s Bayou Adventure is expected to open in late 2024, meaning the reimagining will take nearly two years to complete.

What do you think of Splash Mountain’s condition prior to its permanent closure? Let us know in the comments!