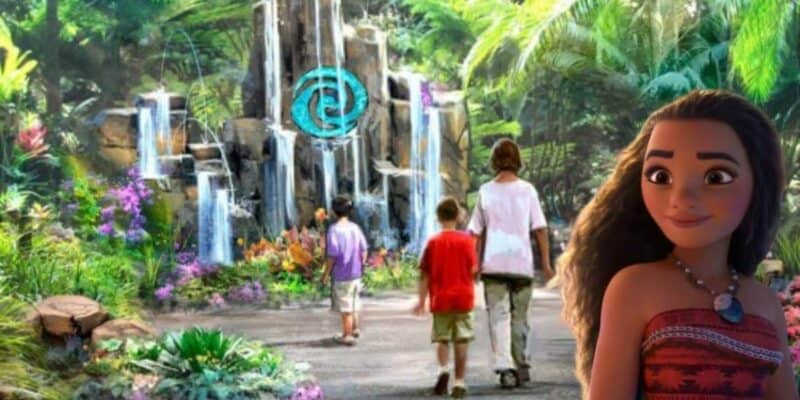 Have you been staring at the water for as long as you can remember, never really knowing why?

If you have, you’re likely a fan on the Disney Animated film Moana (2016), and you’re likely looking forward to the opening of Journey of Water, Inspired by Moana at EPCOT.

The attraction won’t be a ride, but rather a walkthrough experience that will allow Disney Park Guests to interact with water in a way they never have before.

But, what if we told you that Walt Disney World Resort wasn’t done there?

Disney just recently filed a patent for a Boat Motion Simulator Ride that leaks eerily similar to what you’d see in Moana.

In the patent, Disney says it envisions the simulator to “impart boat-type motions (e.g., roll, sway, heave, pitch, surge, and yaw) to a passenger boat.”

While there is no confirmation that this will be a Moana ride, there are some signs to point to this being the IP that Disney chooses to use the patent on. There have been rumors of Moana joining Disney’s Animal Kingdom in the past, but it’s unknown at this time if this is what will come to fruition.

As far as Journey of Water at EPCOT is concerned, there has not been a confirmed opening date at this time. The expectation is that the attraction will open in late 2023.

What do you think of the possibility of adding a Moana ride at Walt Disney World Resort? Let us know in the comments!